If you've ever played with lenses, you'll quickly recognize the need for some kind of optics bench. An Optics Bench is really just a fancy name for some kind of system to hold lenses precisely in line with each other, at adjustable distances.

With a bench, you can easily setup multiple lenses, splitters, mirrors, etc to play around with compound systems.

There are numerous ways to create simple optic benches, but I opted for the 3D printed approach. 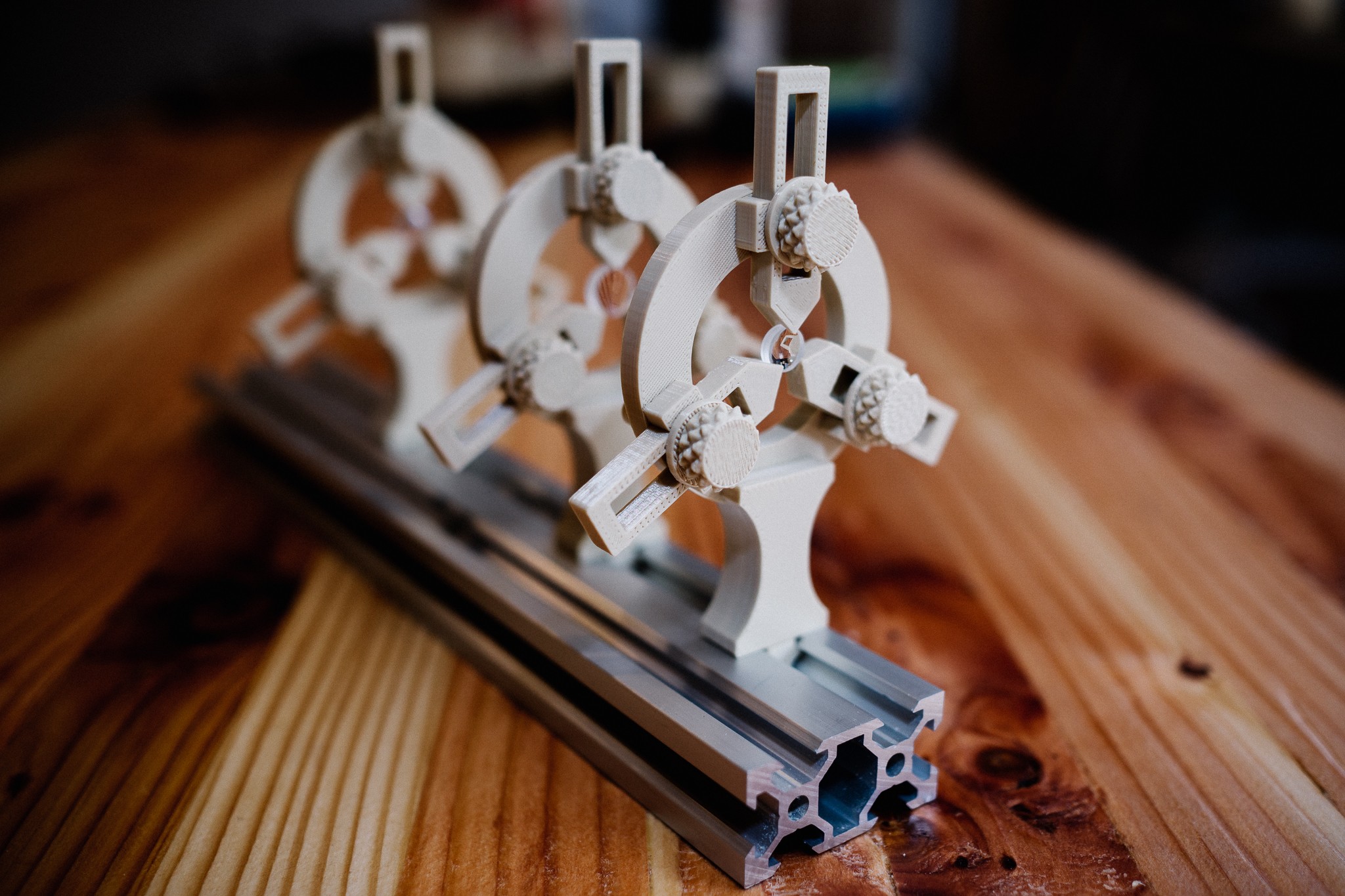 My lens holders are available on Thingiverse if you want to print some yourself. They are semi-parametric, in that you can adjust the maximum lens size they can hold, and the height at which lenses are held.

Lenses are held in place by three clamping sliders, which have a little V-cut at the end to hold onto the lens. The sliders are held in place by pressure from a washer and nut (also printed). Aluminum extrusion is used as the rail to align the holders, and each holder is attached with a moveable t-nut. 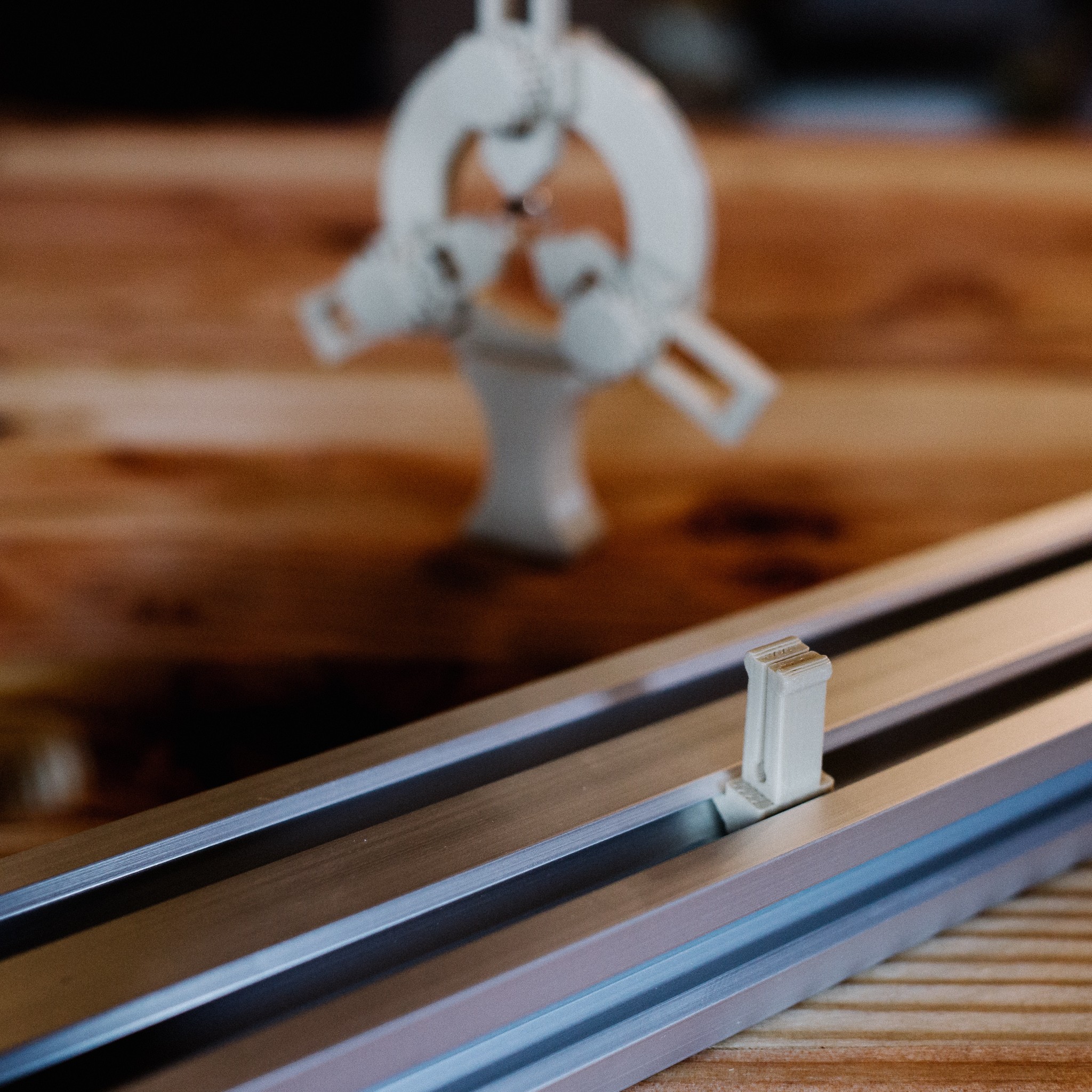 Many DIY benches are limited to one dimension, because they are built with simple things like wooden dowel rods. By using aluminum extrusion, you can easily setup perpendicular light paths using standard 90 degree connectors.

I was hoping to knock these parts out quickly, since I wanted to start prototypic objectives. Much to my chagrin, it took a number of iterations to find something usable. 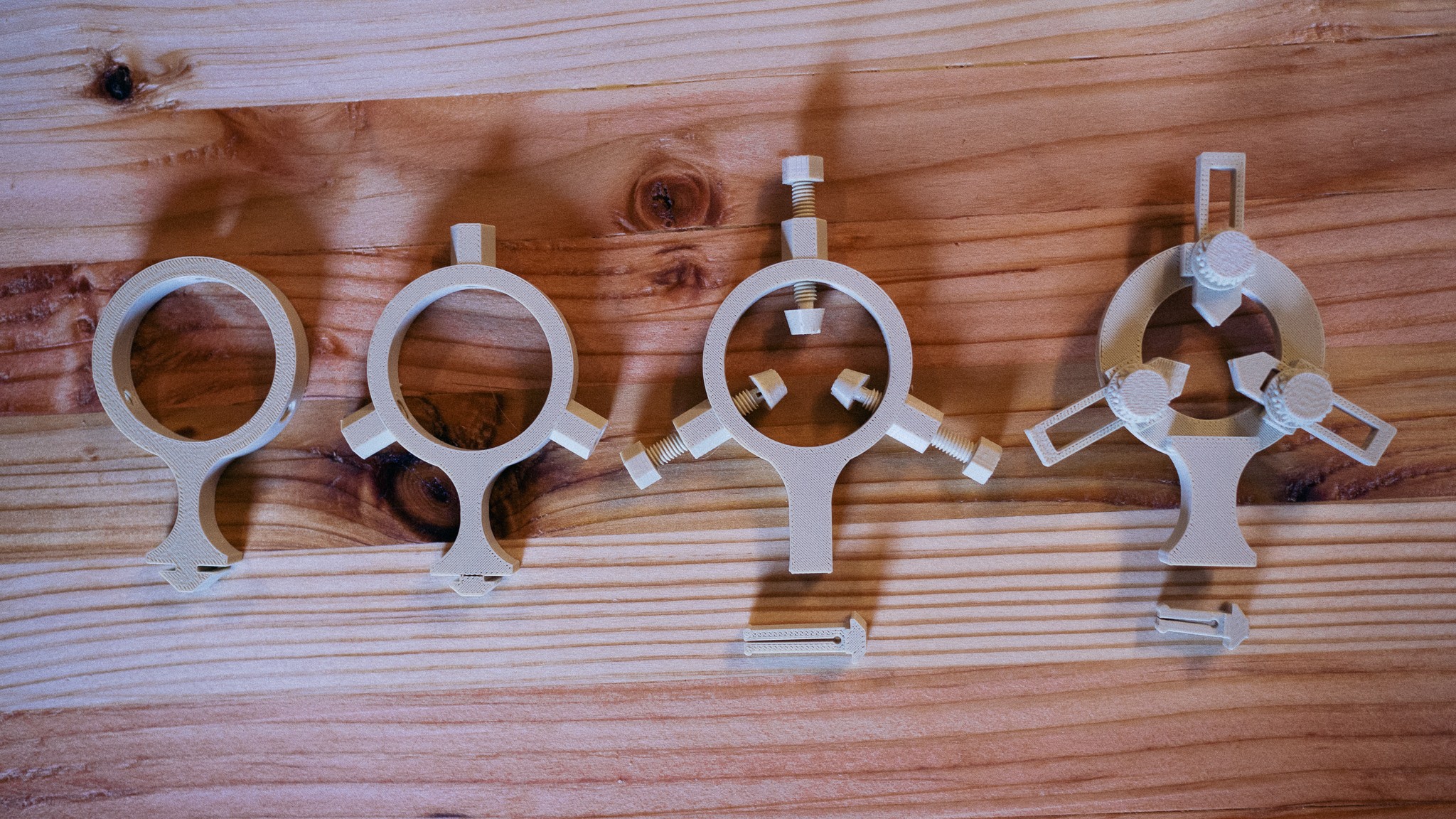 I originally tried a simple ring with threads for bolts. The idea was that the bolts would press agains the lens and hold it in place. That failed miserably… it was simply too hard to snug the lens with a rotating bolt and keep everything registered/level.

The next iteration added a ball-joint to the end of the bolt. Small clamp-heads were then clipped onto the ball joint. Each head had a v-slot cut out of it to hold the lens. This worked better, but was still very fiddly.

After looking at how some commercial units were designed, i ended up at the current model. Sliders that are held in place with friction from a washer/bolt. It can be a little tricky to center, since the sliders are not as easy to fine-tune as the bolts, but overall it's a much more usable system. 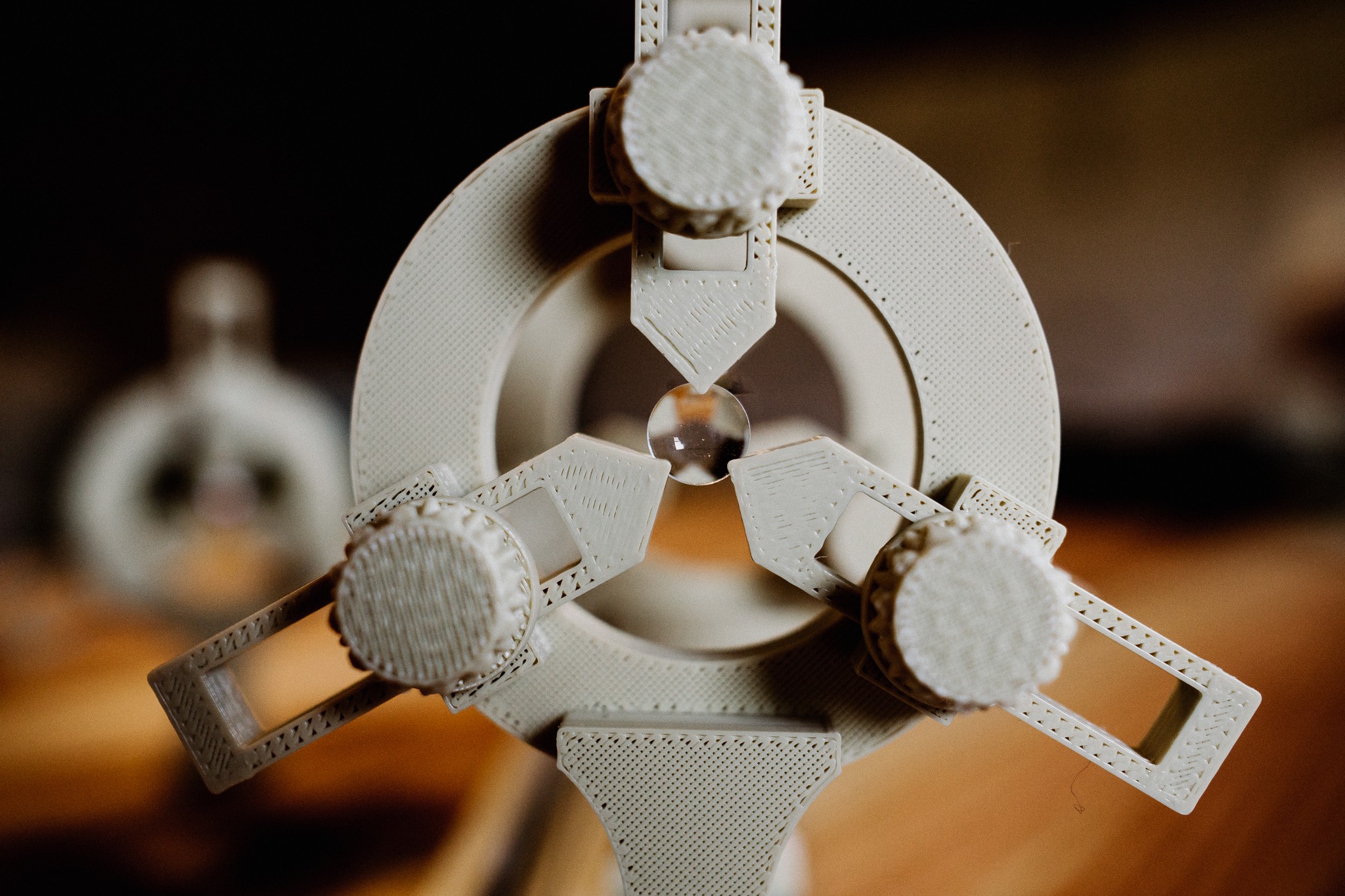