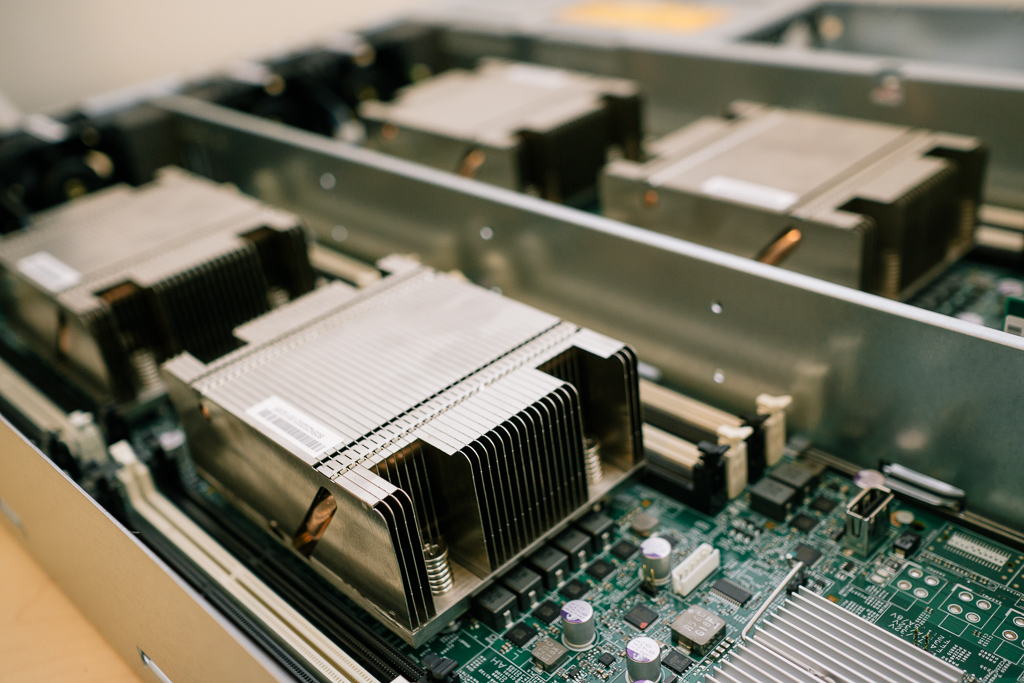 My primary development machine for the last few years has been a Macbook Air, which is decidedly underpowered for the things I work on these days. It was fine when I first joined the Elastic because my predominant workload was PHP related. Don't need a big machine for working on the PHP client. ;) And it makes a great travel laptop. I really do love my Air.

But as I've moved onto new projects in the core ES codebase, my Air struggles with our builds/tests/benchmarks. The Elasticsearch integration tests involve spinning up multiple nodes and can be pretty resource intensive. And if I ever want to run large-scale tests (like my “Building a Statistical Anomaly Detector” series) I've had to rent a beefy server at Hetzner.

I was recently given budget to update my setup, because my Air is literally starting to disintegrate. Most people get a Macbook Pro or build a desktop. I opted for a third option: build a mini cluster based on Xeon E5-2670's.

I opted to use Xeon E5-2670's for a few reasons. Despite being several generations old, having been launched in 2012 and EOL'd in 2015, they are still very capable processors. They sport 8 cores at 2.6Ghz and 20Mb of cache which is somewhat competitive with many newer processors. They use (ECC) DDR3 RAM which is plentiful and cheap. LGA2011 motherboards that support dual sockets are not terribly difficult to find.

But the real reason to use the 2670's is because they are crazy cheap right now. Some large datacenters (rumor says it is Facebook) have been decomissioning their 2670's and flooding ebay. Prices have fallen down to $70 per CPU.

Which is bananas, because these use to retail for $1400 each! If you want a powerful cluster on the cheap, the E5-2670 is your ticket.

The challenge was finding cheap motherboards. Largely because of the 2670 glut, LGA2011 motherboards are hard to find at a reasonable price. I opted for the Open Compute route, and essentially followed this STH guide. The chassis + 2x motherboard + 4x heatsinks + power supply all together together was cheaper than most LGA2011 motherboards alone, which made it a hard deal to pass up.

Since I don't really have any other home infra other than a FreeNAS tower, I wasn't worried about the non-standard rack size. I'll probably build a true homelab some day, but my current living circumstances (renting, moving soonish) prevent me from expanding. I'll deal with other rack sizes later. :)

I'm currently using one node as a desktop machine, and leave the other three powered off unless I need them. The extra three nodes are suspended to disk with pm-hibernate, and woken up with a WakeOnLan packet (via wakeonlan or ethertool) when I need them. For now I'm managing the cluster with parallel-ssh, but will likely setup ansible soon to make my life easier. 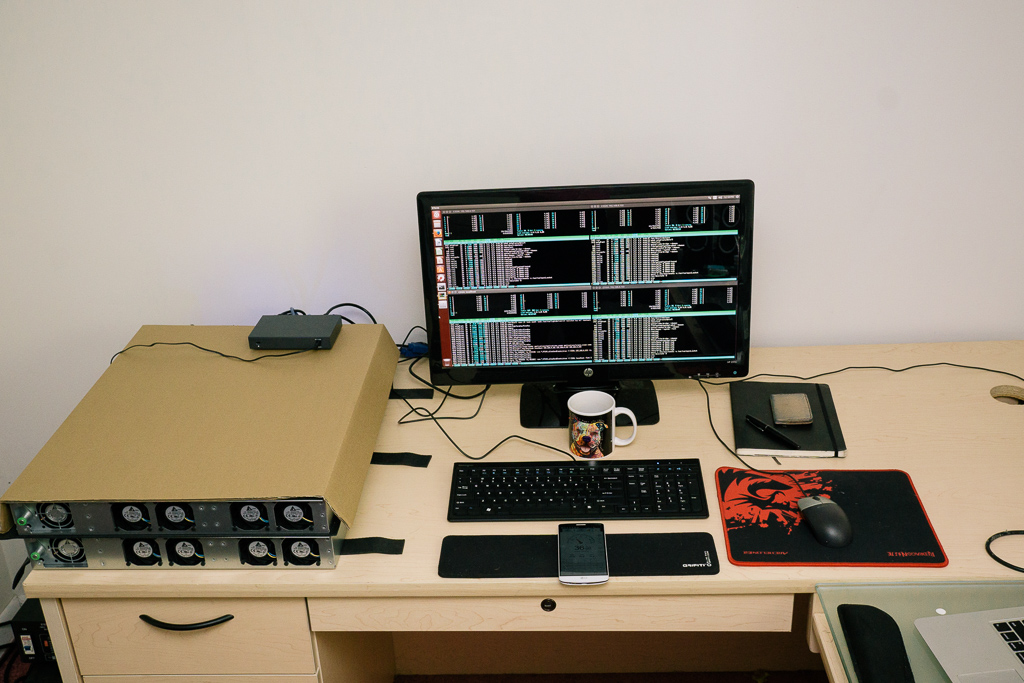 One PSU, one node:

The transformer is rated for 2000 watts. With a safety factor of 1.5, that puts the limit at 1890W so max draw should be fine. The cable connecting the transformer to the wall is 14 awg and rated at 15 amps, so that should be fine too. It does get a little warm; I may move to two transformers just for peace of mind :)

Why not use AWS?

It's a good question. Depending on usage, AWS might be cheaper. Or might not. The d2.4xlarge is probably the closest comparison (similar specs, although a newer CPU). AWS actually has E5-2670's available, but the rest of the specs don't match.

The d2.4xlarge costs $2.76/hr. So four nodes would be $11/hr. This project was roughly $2000 if I include shipping. So that's 2000/11 == 181 hours before I break even, or around 8 days of 24/7 usage. You could play around with the instances to probably get a cheaper price via less disk, or use a larger cluster of smaller/cheaper nodes, but now you're managing a bigger cluster

As a company, we do run a lot of stuff on AWS (all our CI infrastructure, a lot of demos, some large tests, etc). But a home cluster had a few practical considerations which were important to me:

I also posted this to Reddit and STH, some interesting discussion can be found there.

Photos of the build 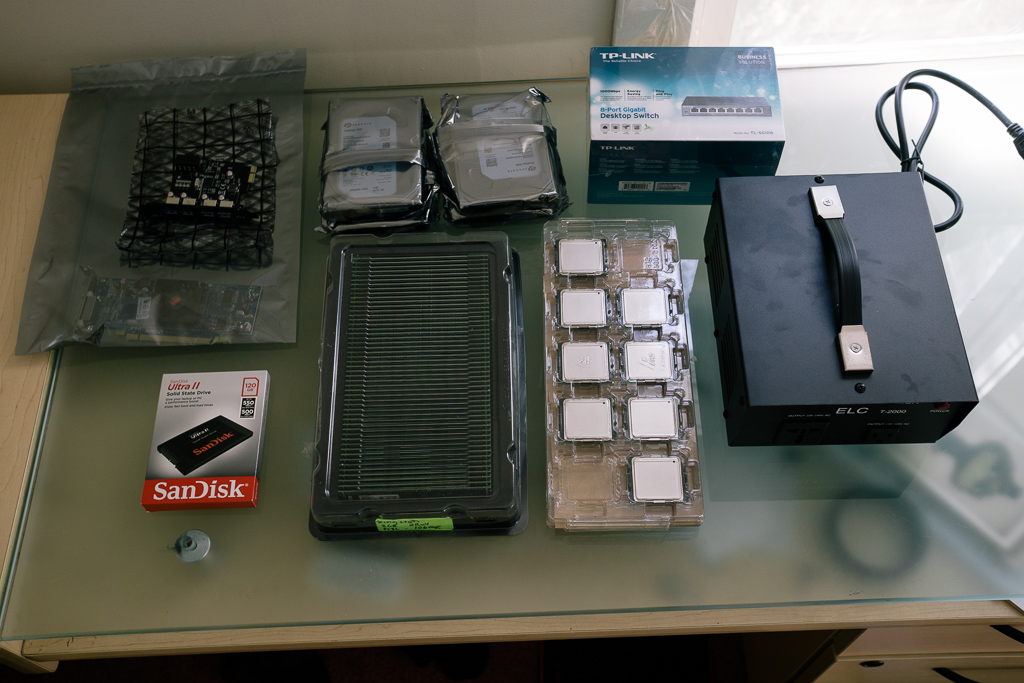 The components all laid out. 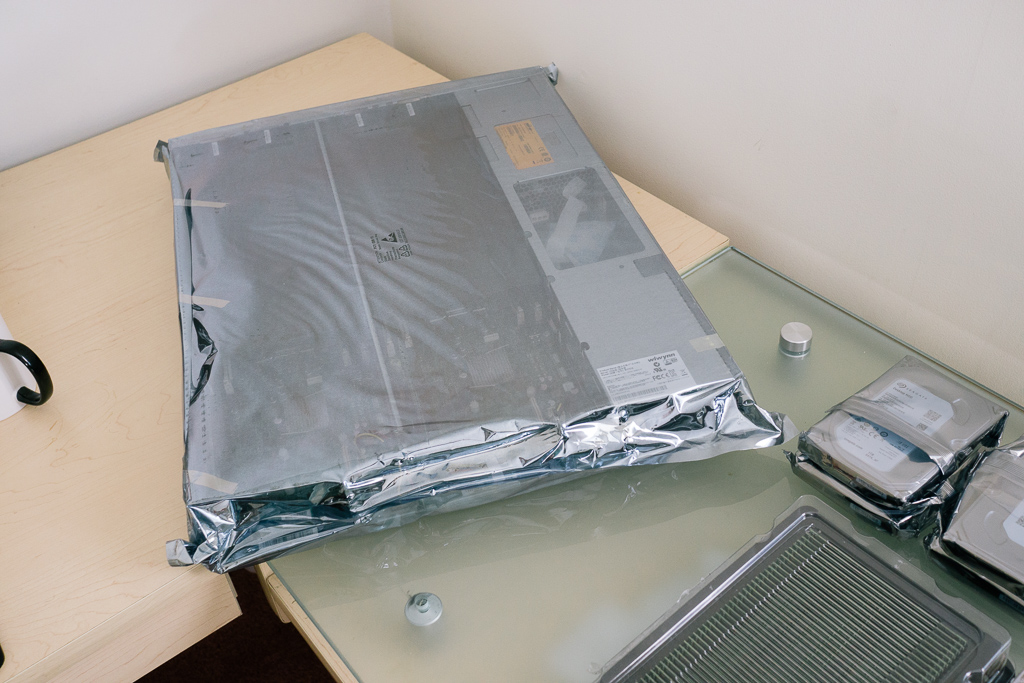 The Wywinn OCP chassis in it's ESD bag 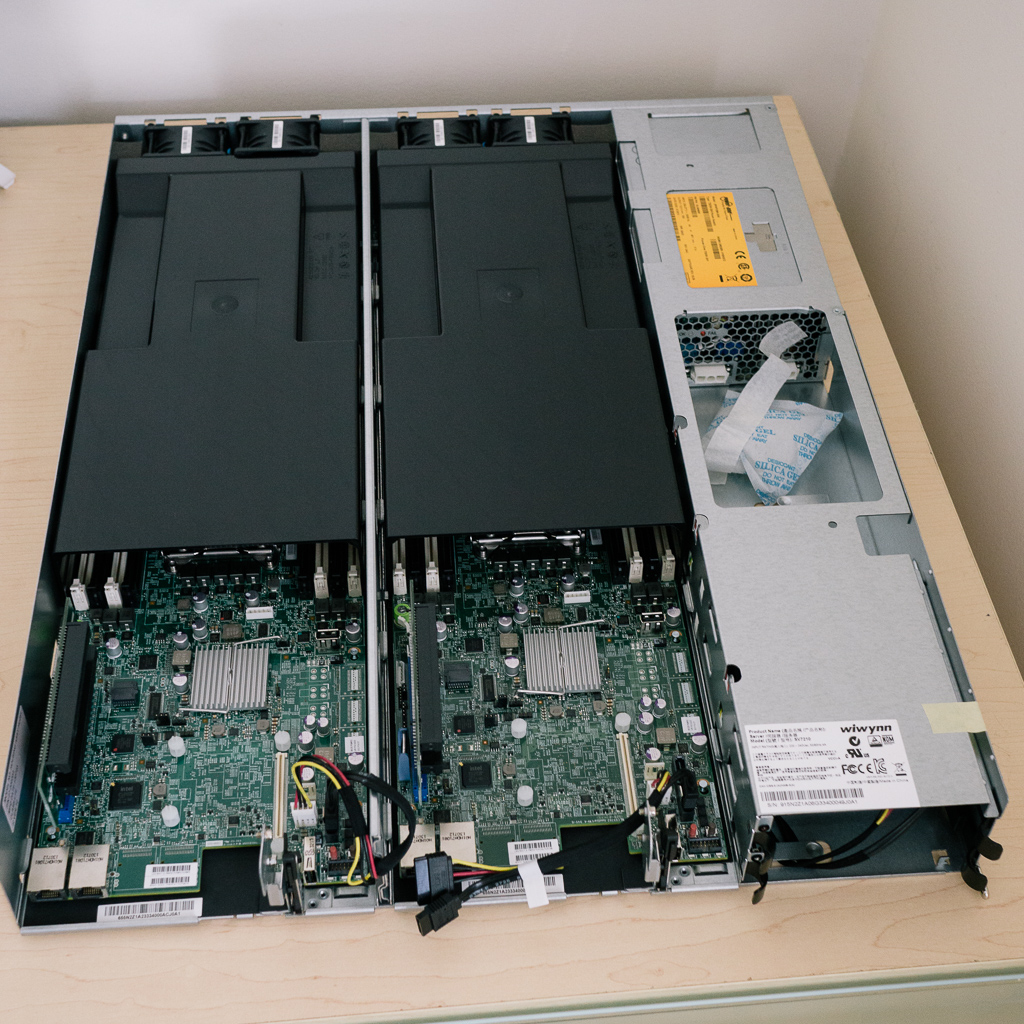 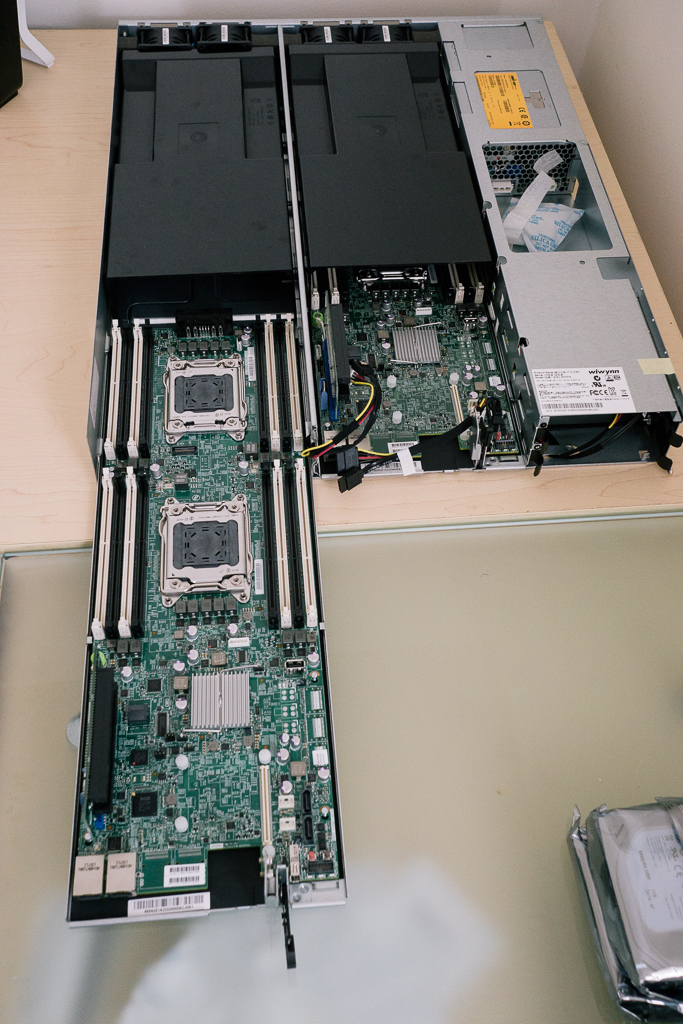 Each “sushi boat” node slides out on a metal tray 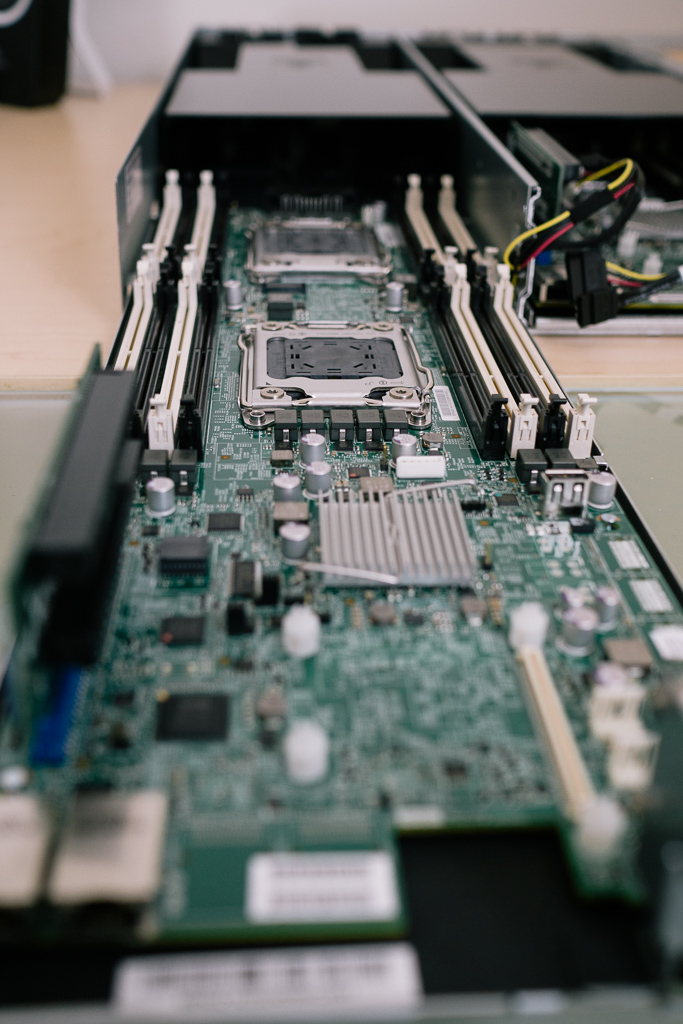 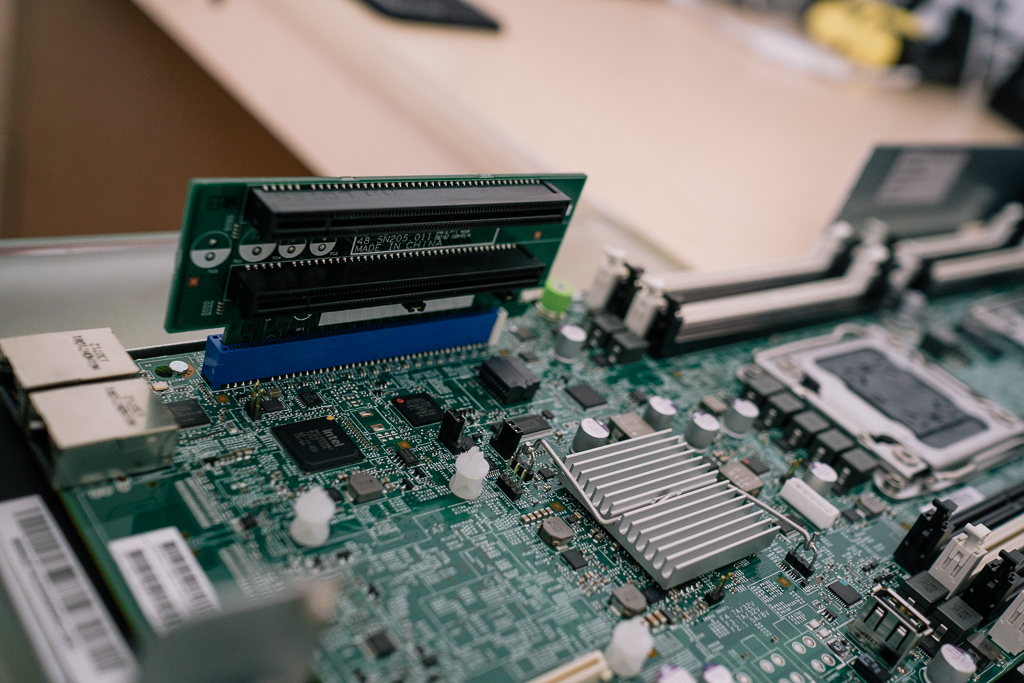 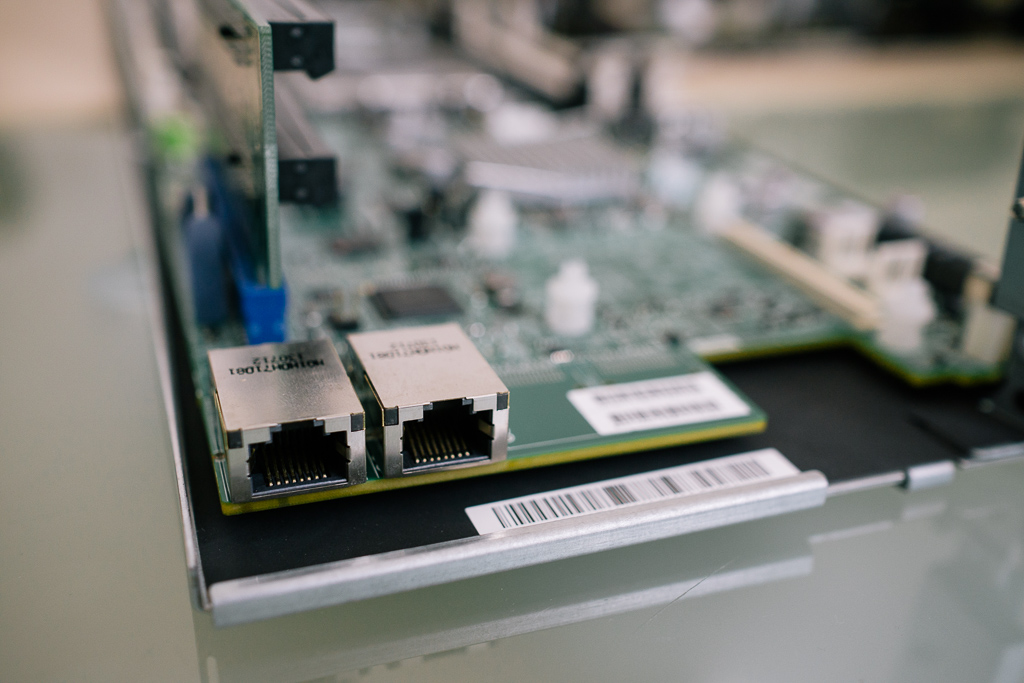 Dual GigE ports on the motherboard 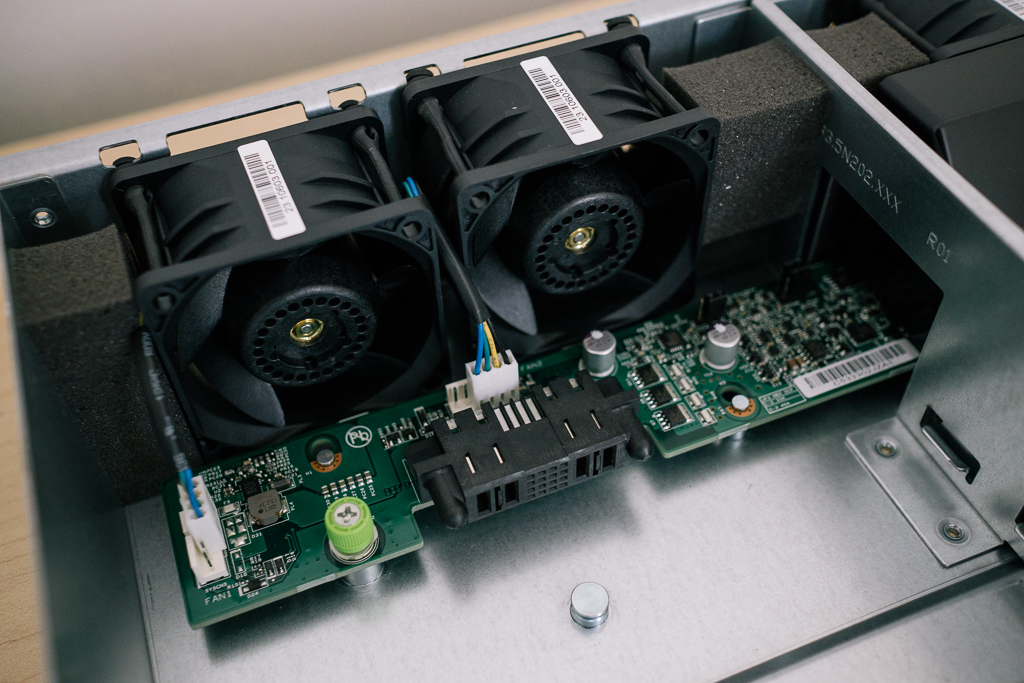 Dual 60x60x38mm PWM fans at the front. The fans are mounted with rubber standoffs to reduce noise, and padded with foam. At the front is the power distribution board which the sushi boat plugs into 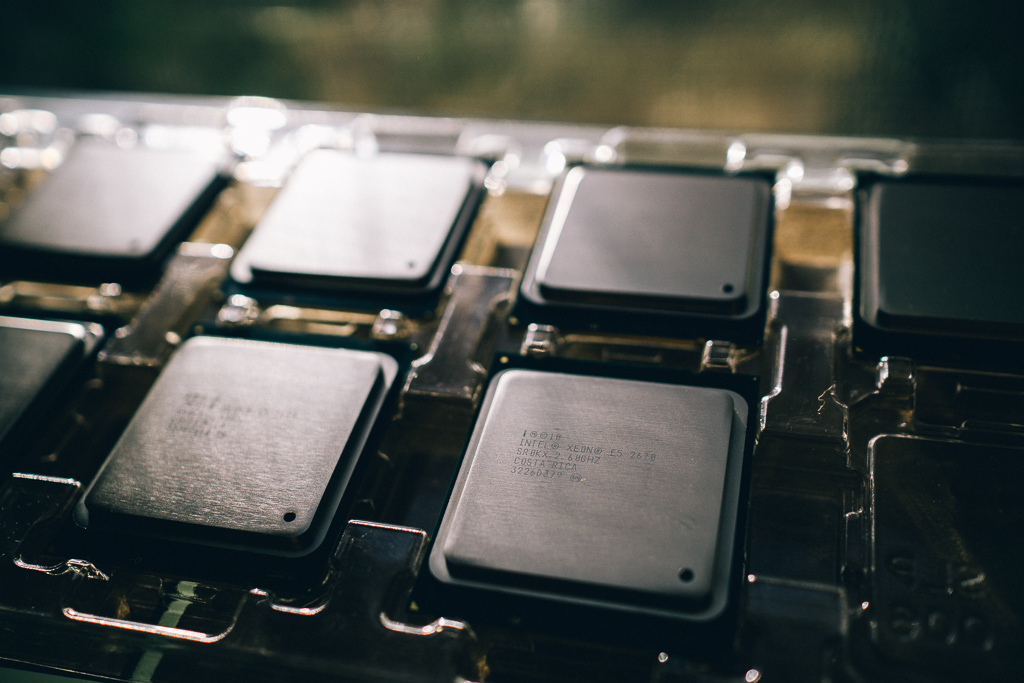 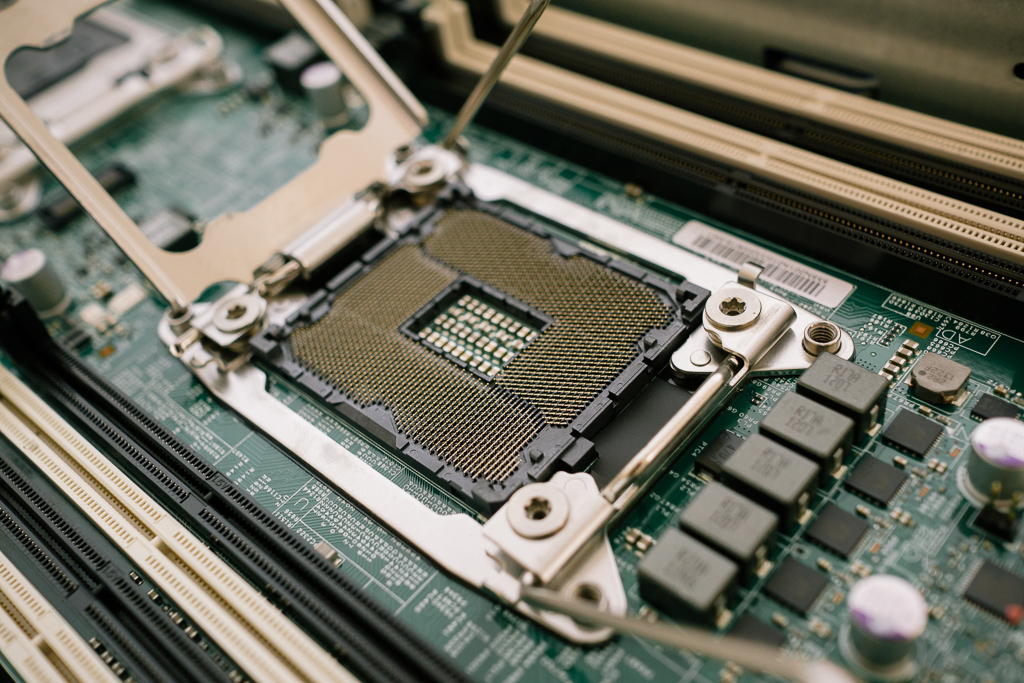 Socket open and ready for a CPU 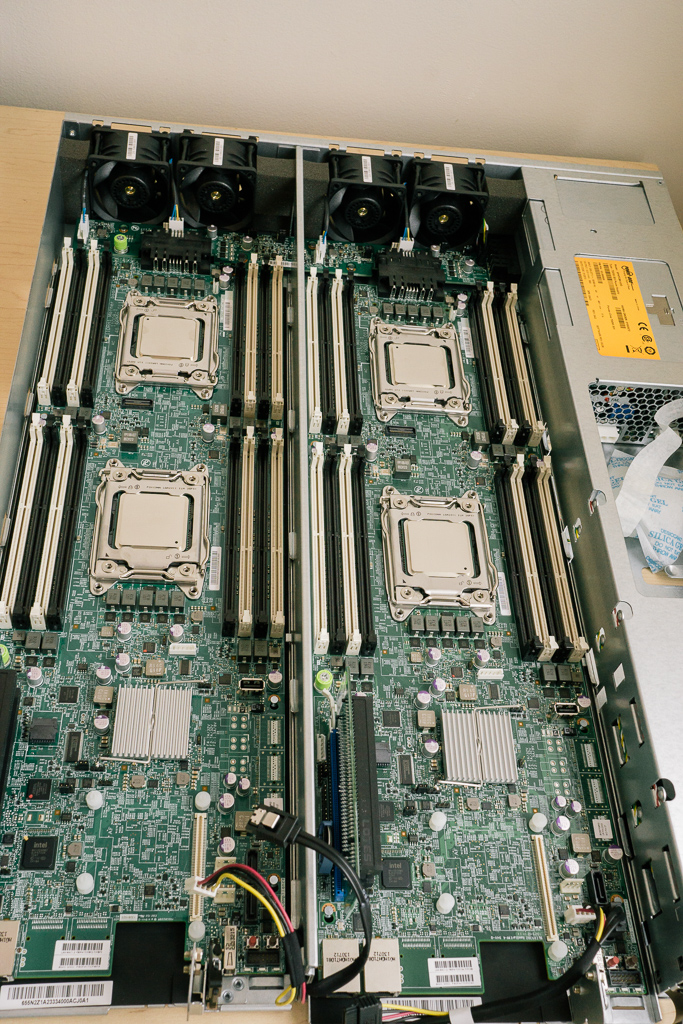 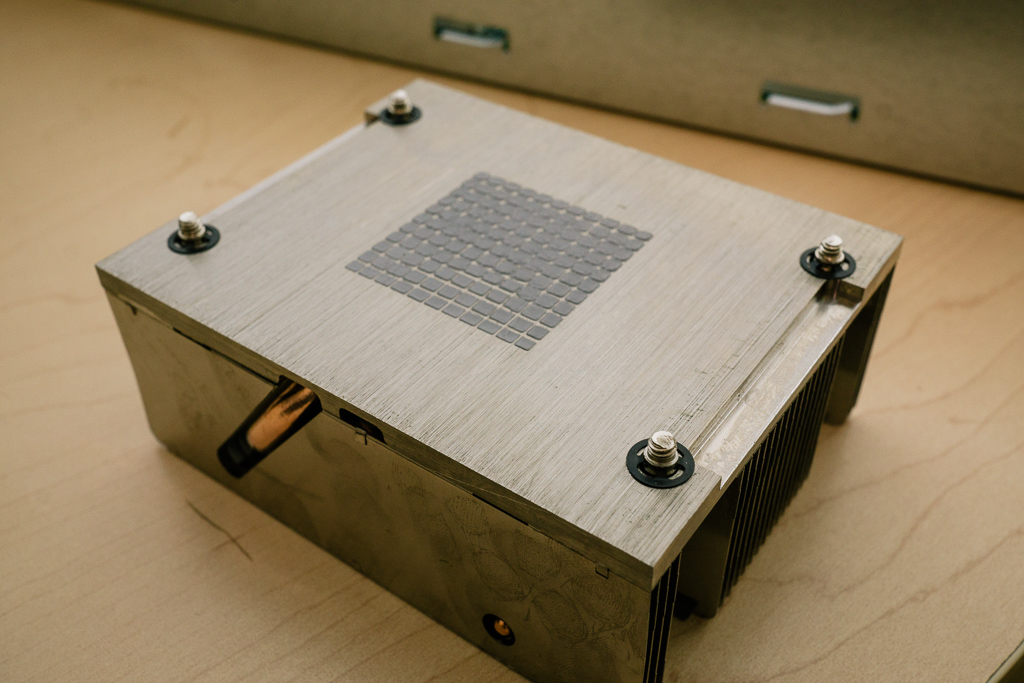 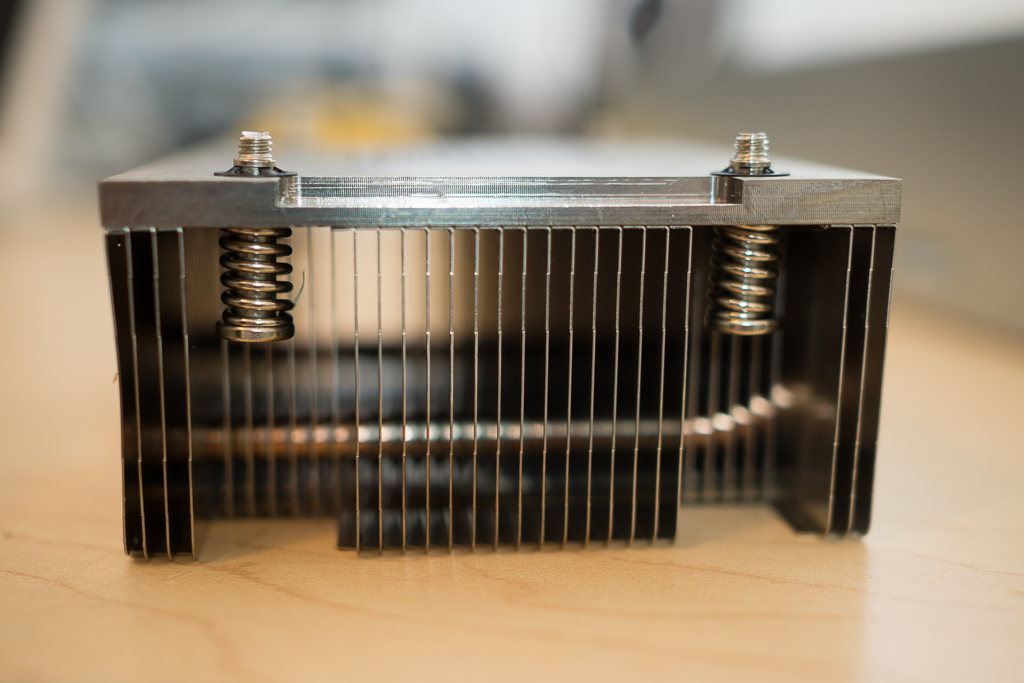 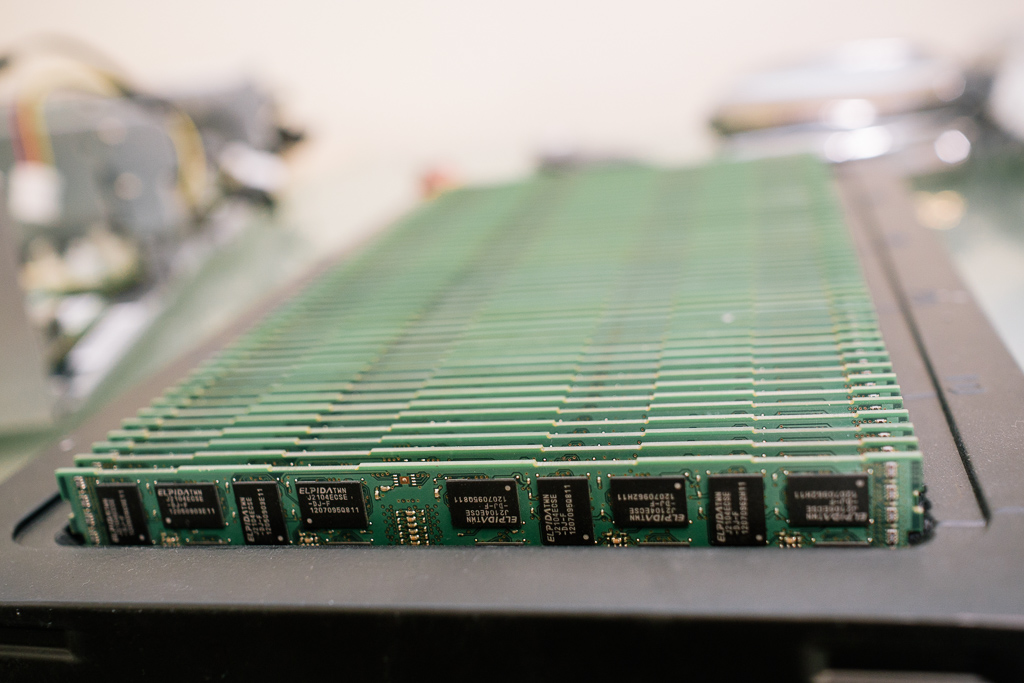 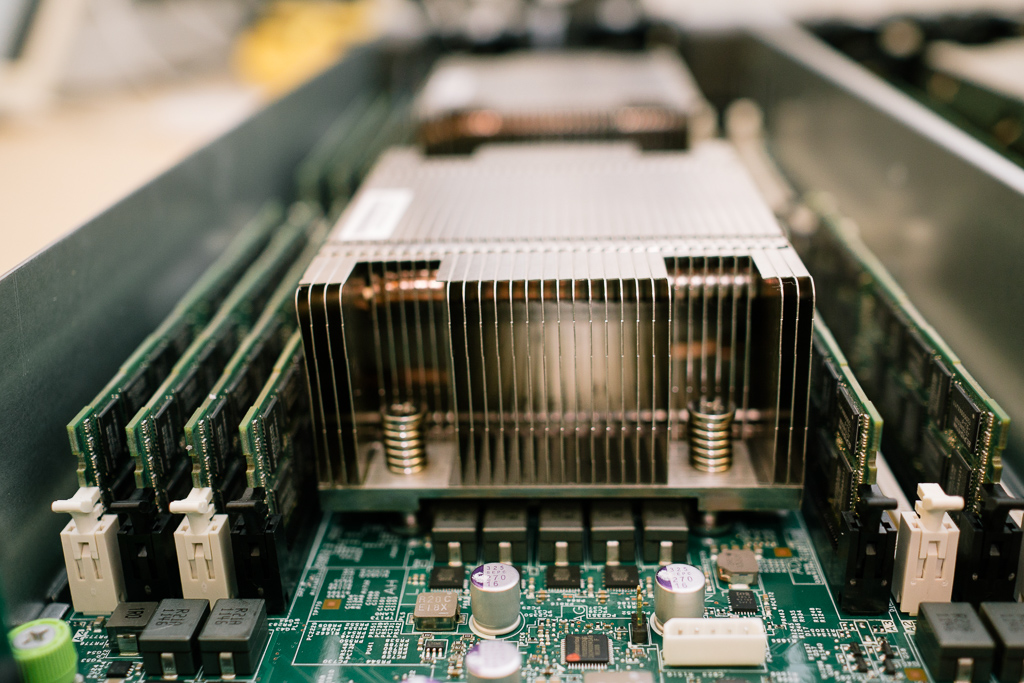 RAM installed. Each node has 96gb of RAM 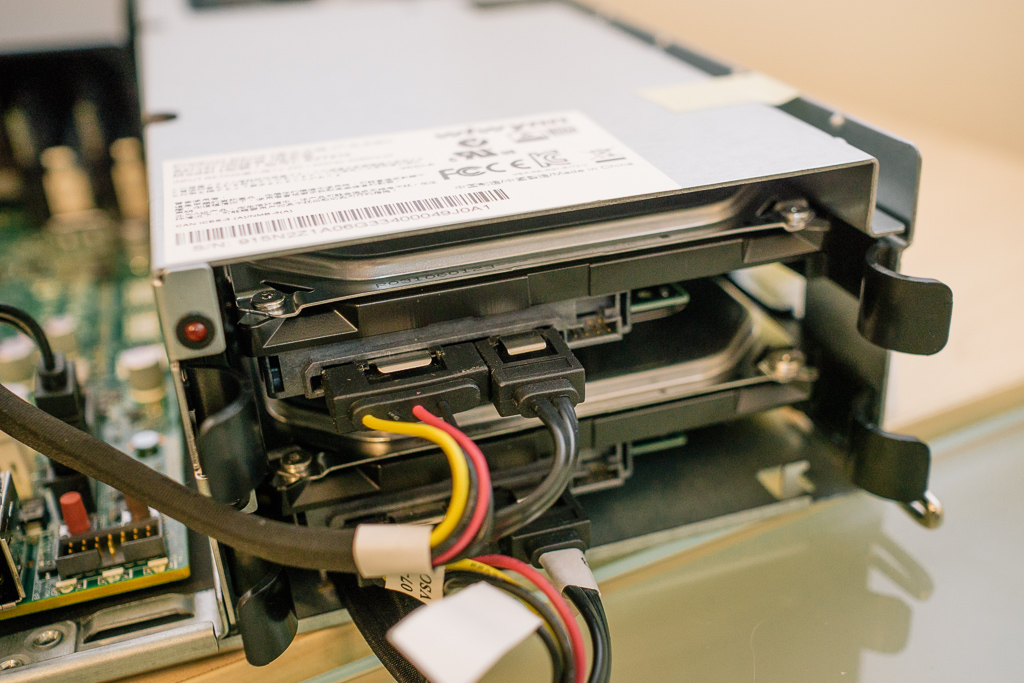 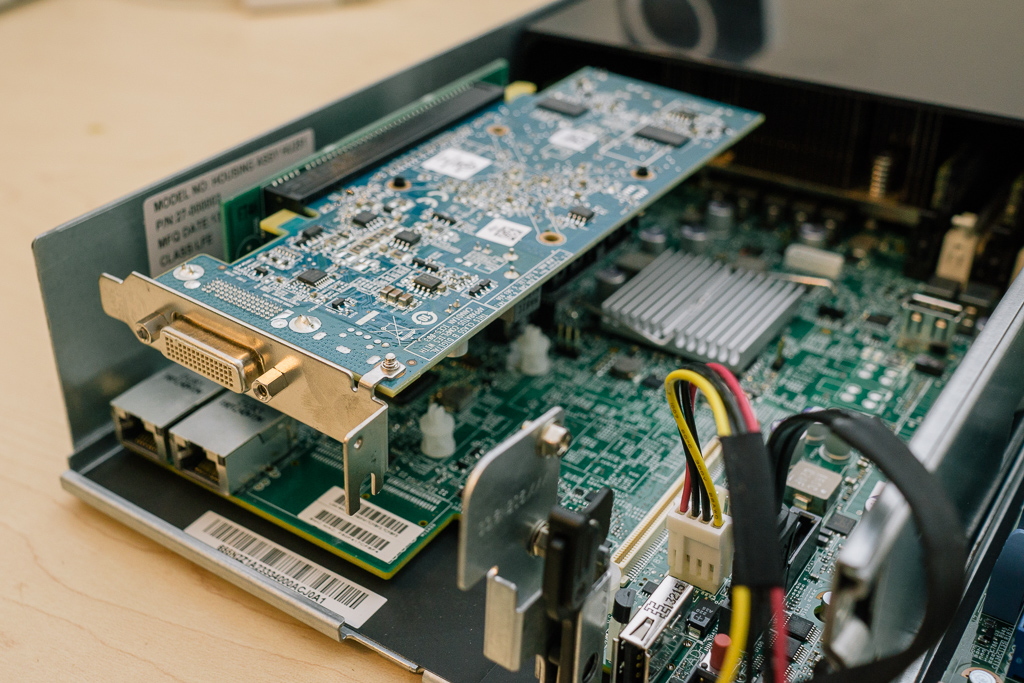 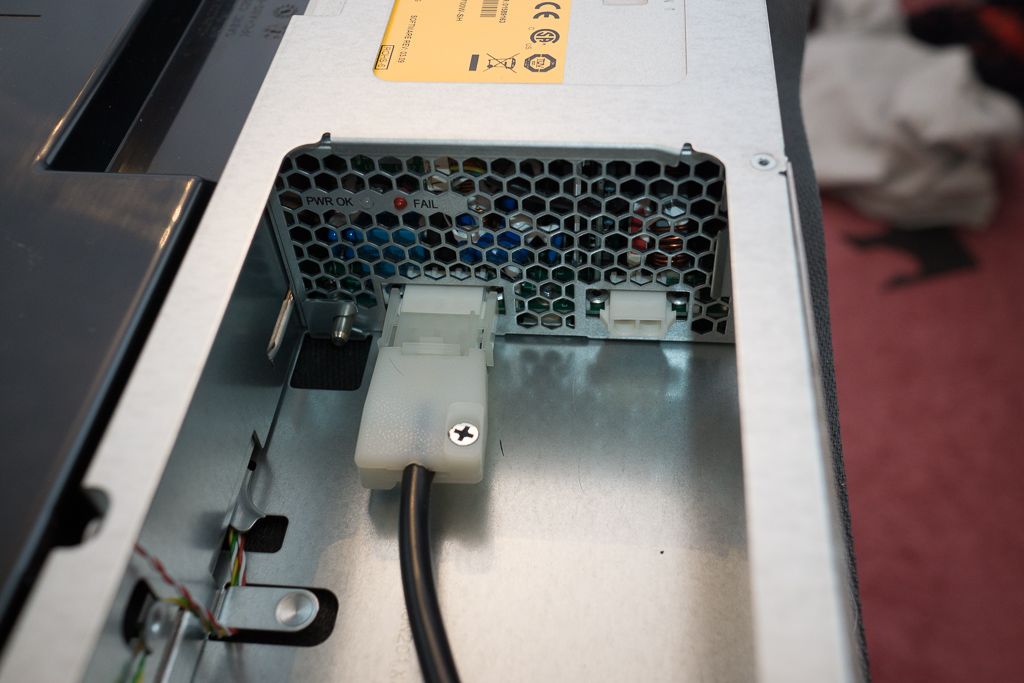 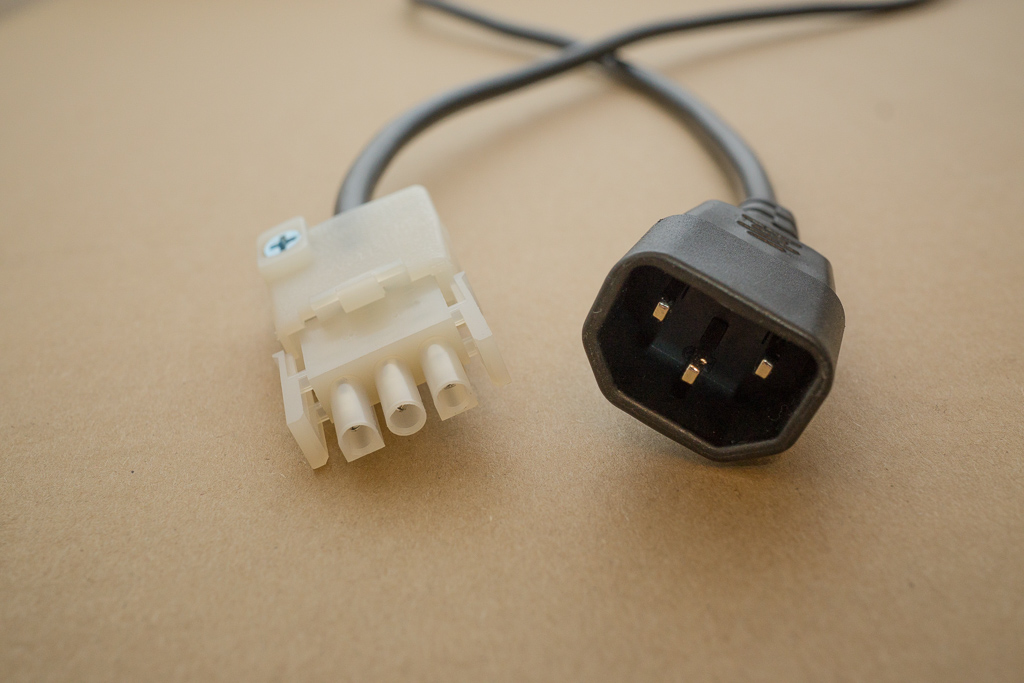 The other end terminates in a male IEC C13 connector.

The first node sits on three strips of neoprene rubber. The second node sits on top of the first, also separated by a layer of neoprene. The top is covered by some cardboard (temporary). It isn't needed for airflow, since the nodes have plastic baffles… It's just for my peace of mind, so I don't accidentally drop/spill something. 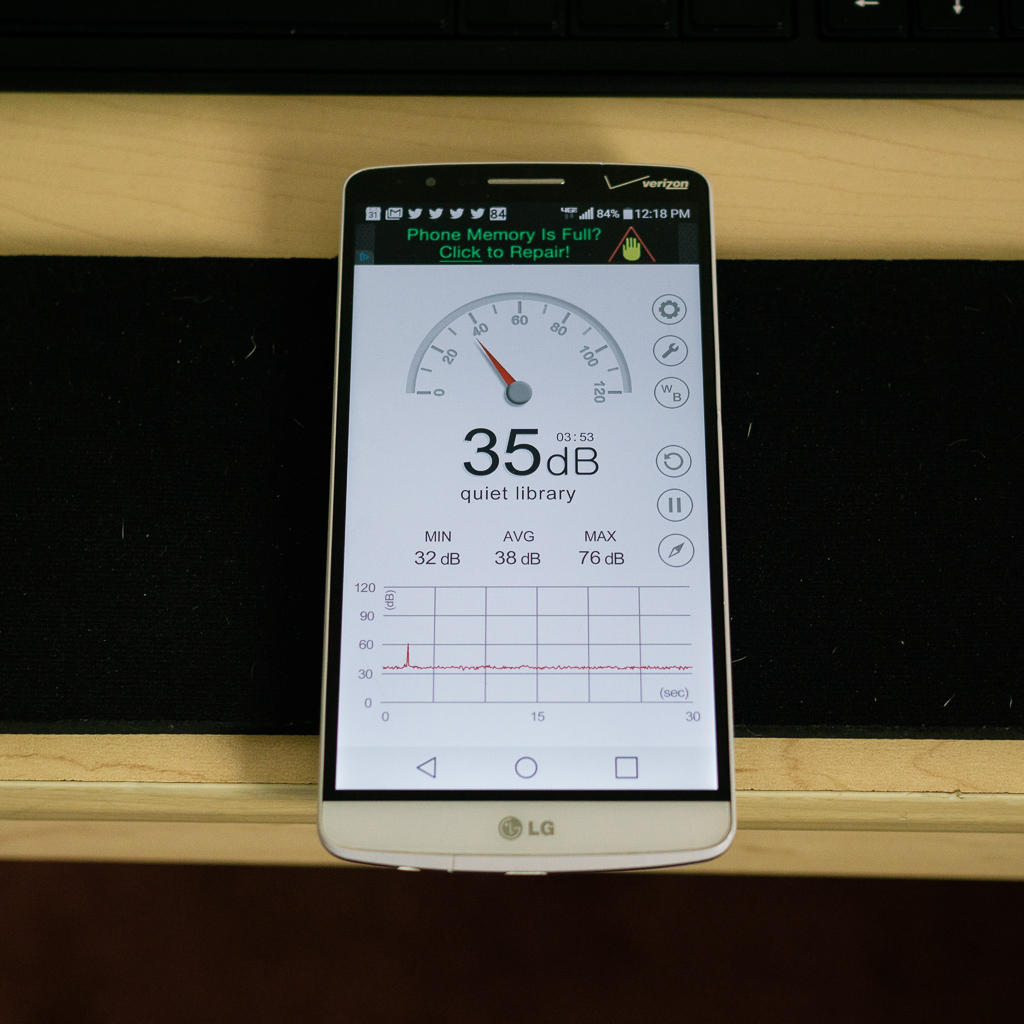 While idling, the servers are very quiet: ~35db

When at 100% utilization, the noise rises to around 56db, which is loud but not awful. 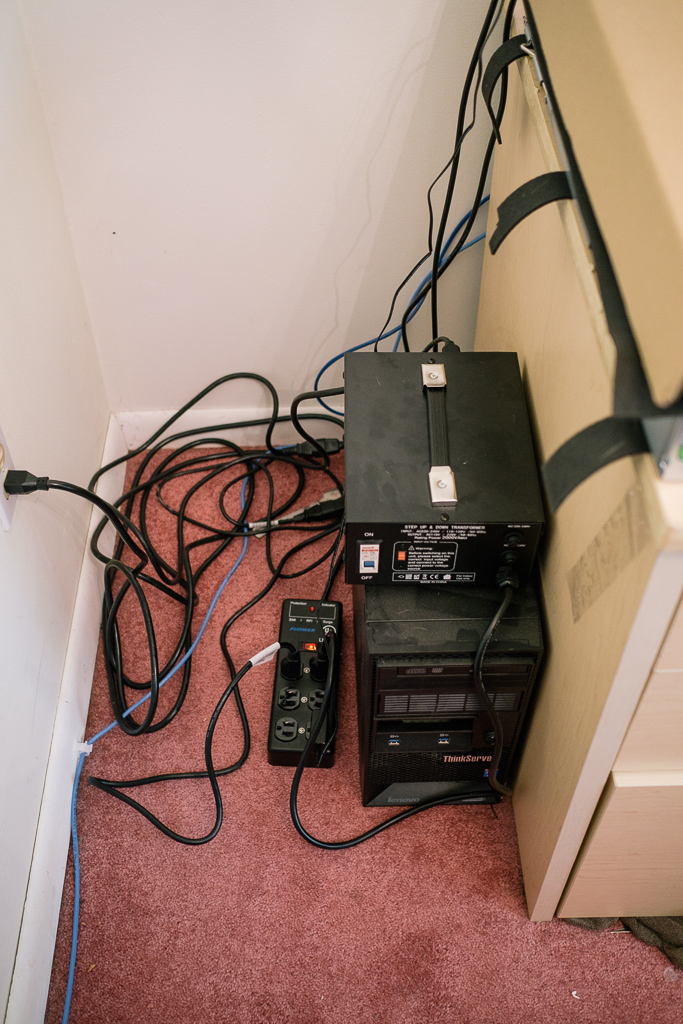 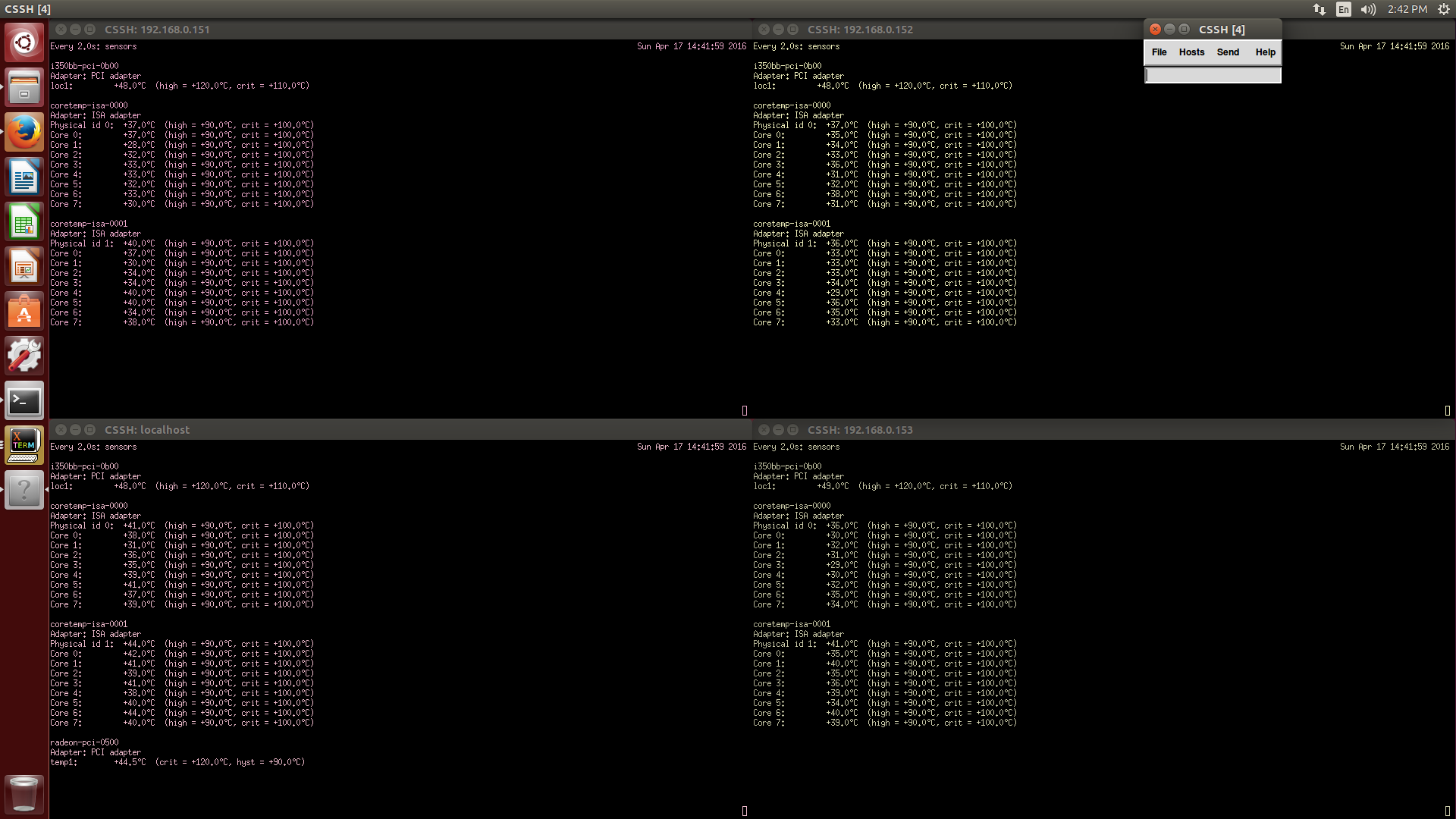 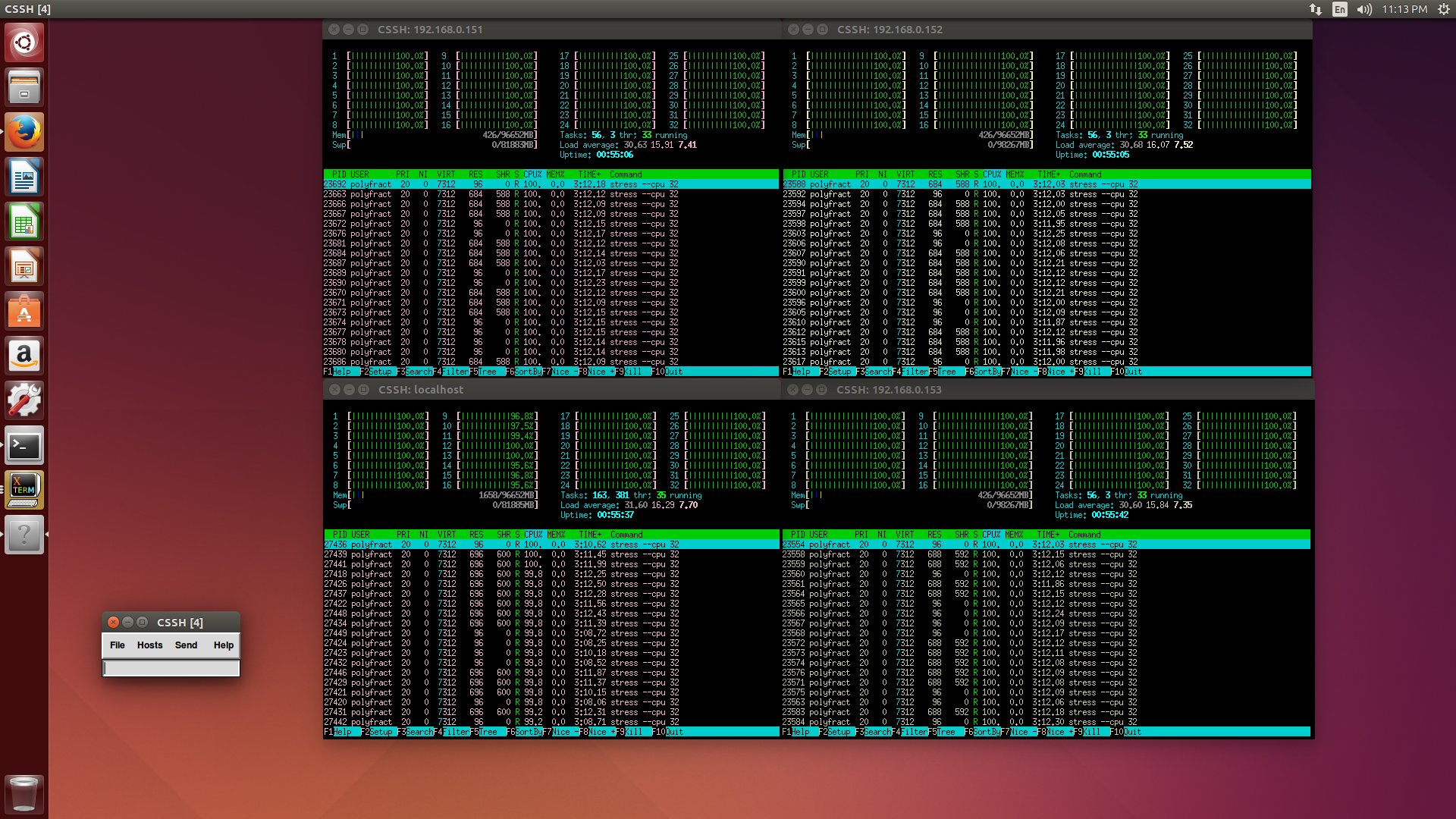