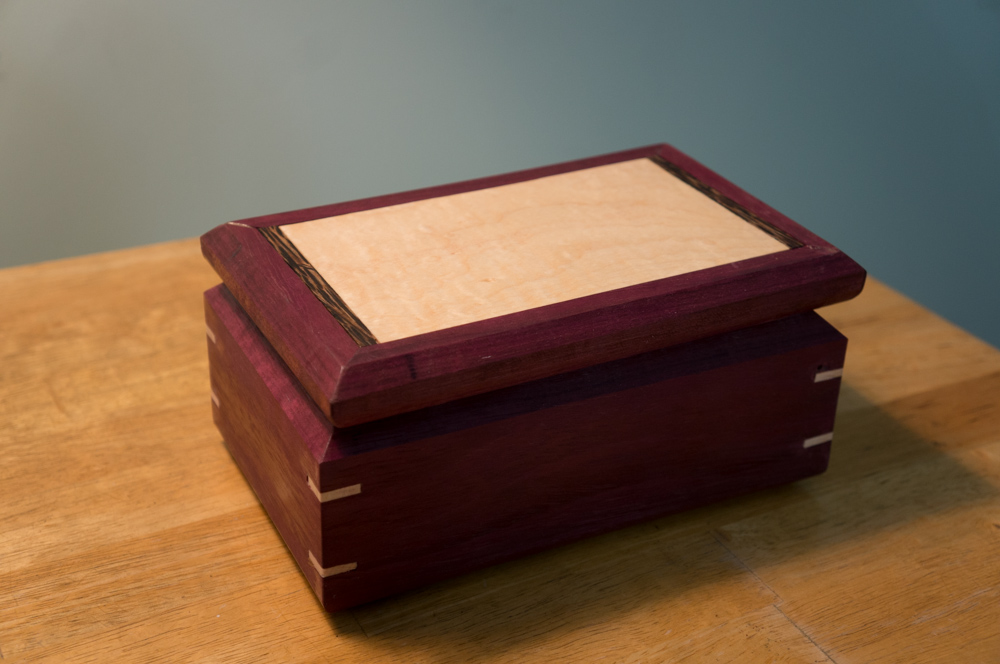 For Christmas, I made my girlfriend a jewelry box. It was my first serious woodworking project, made out of maple and purpleheart. I worked very hard on the box… 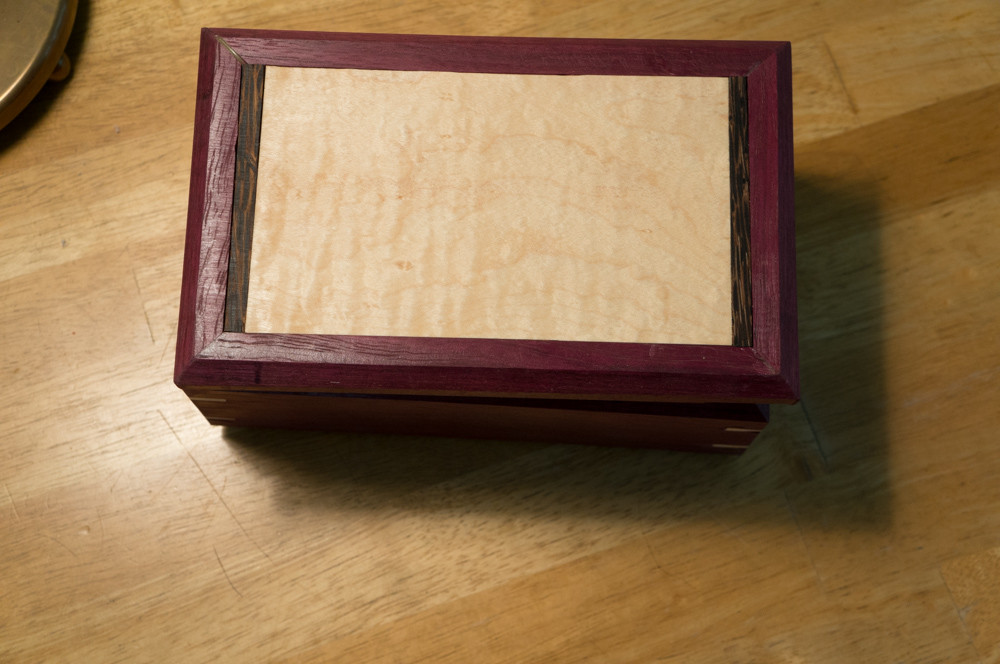 …but it was a bit of an ugly duckling. I wanted to make her a new, less-shitty box. I've been dating my girlfriend for three years, and decided it was time to propose to her. So I embarked on a project of building an engagement ring box. 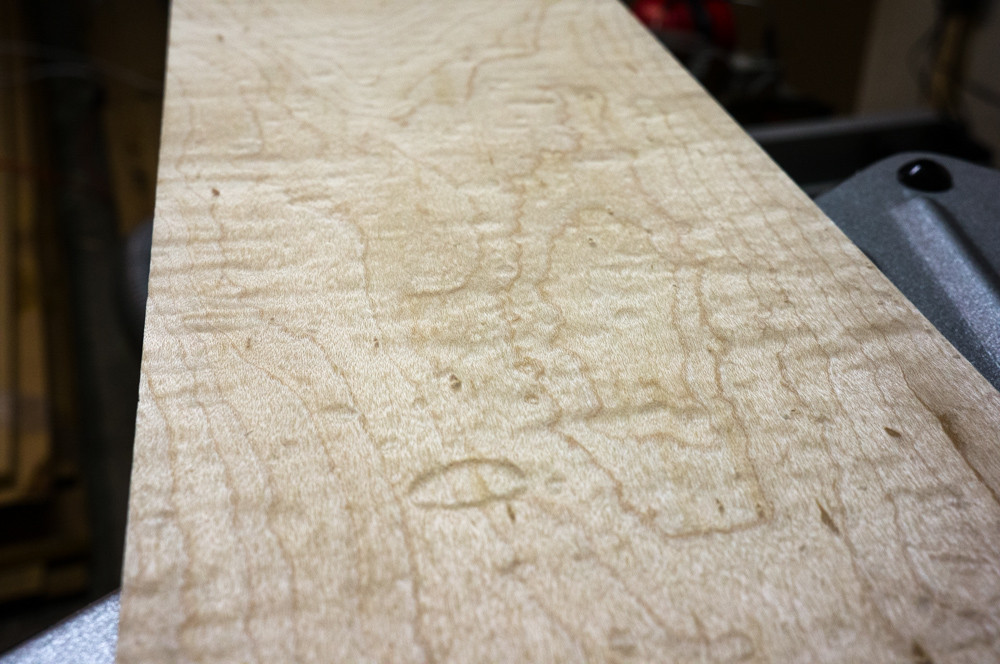 The box will be predominantly made out of curly maple, which has lovely “curls” and waves in the grain. Once dyed, the curls really come to life. 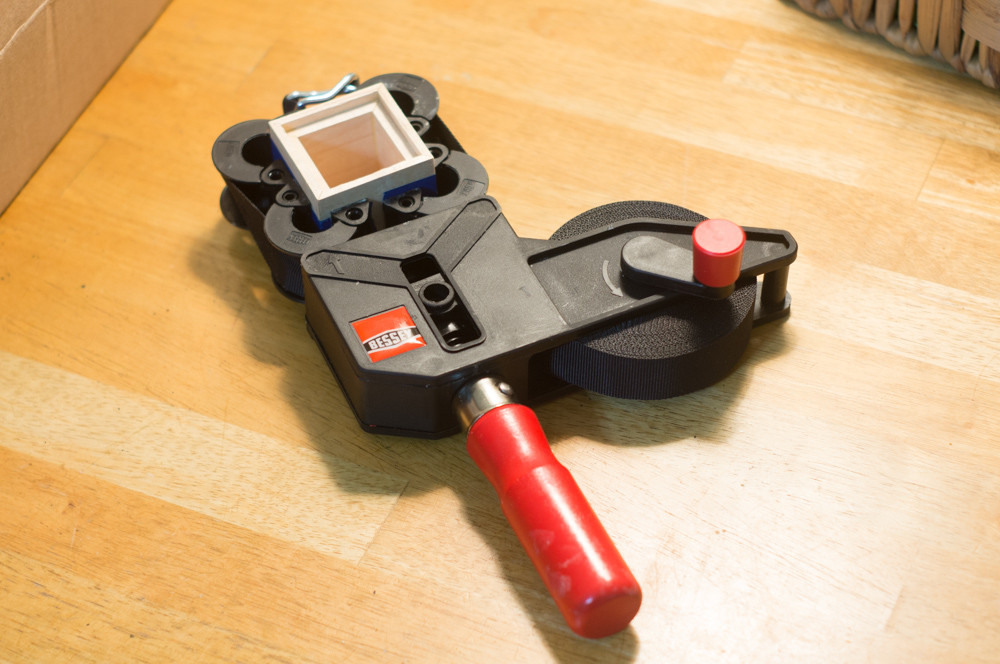 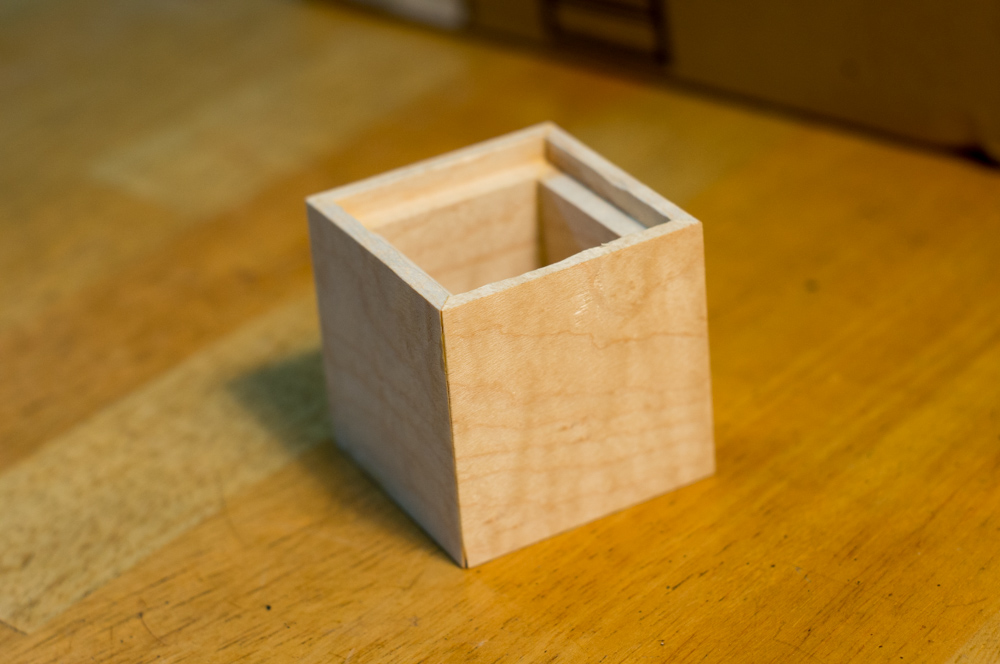 Starting to look like a box! The top and bottom of the box are routed to provide a ledge for the top/bottom panel to rest on. 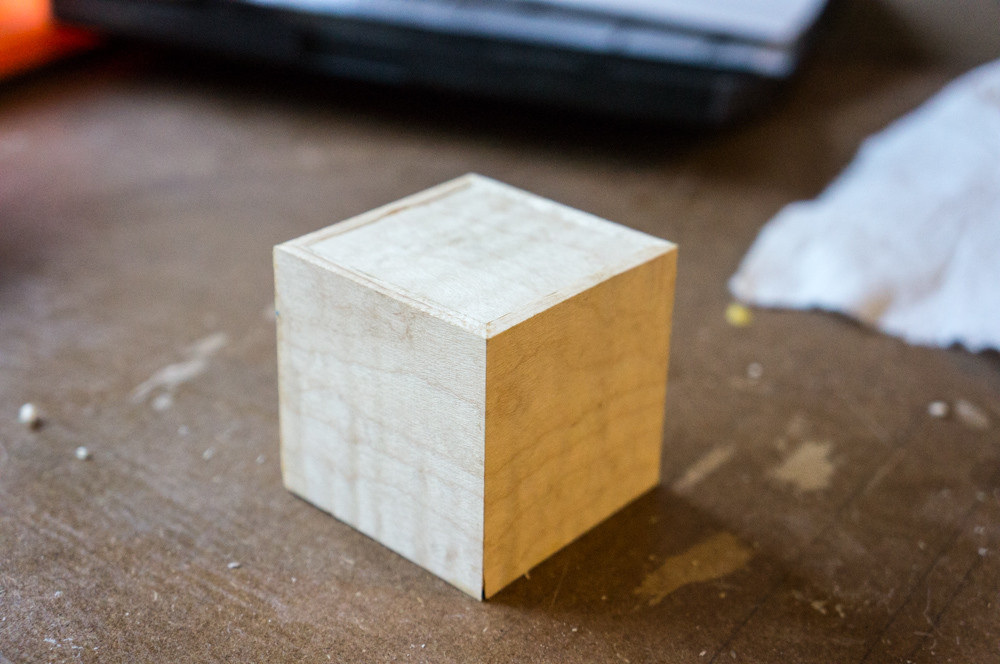 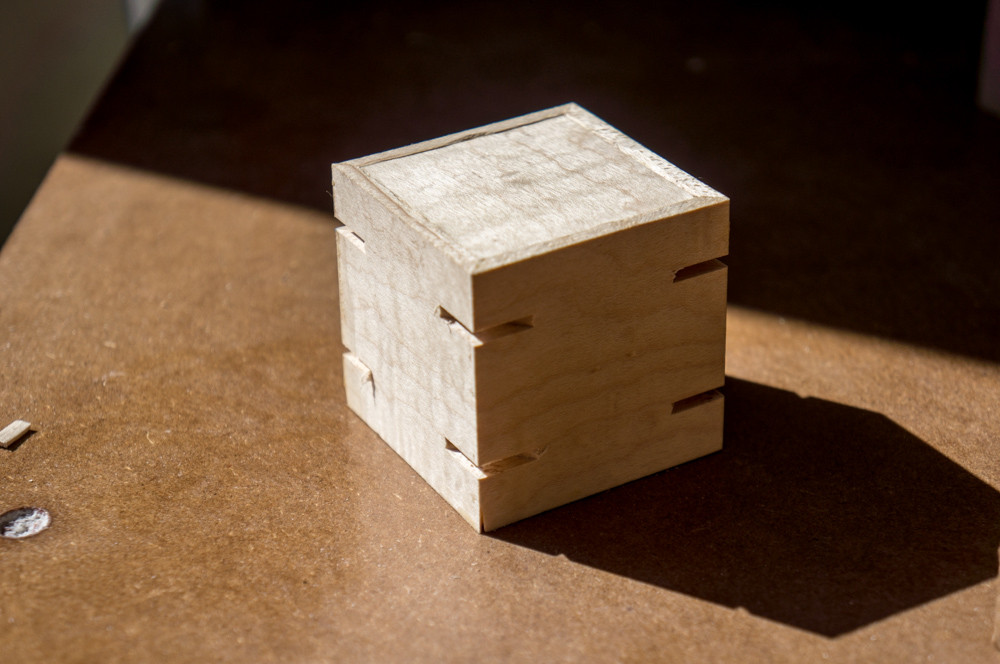 When you glue mitered corners, the bond isn't very strong. A common way to strengthen it is with splines - little pieces of wood which are inserted into the corners. Here you can see the grooves which will accept the splines. 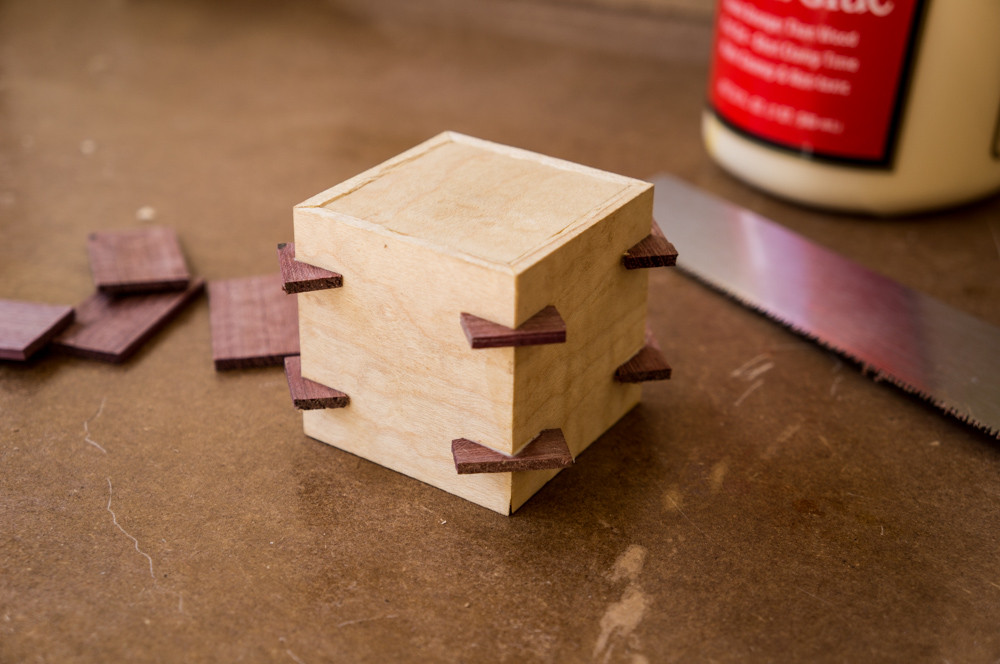 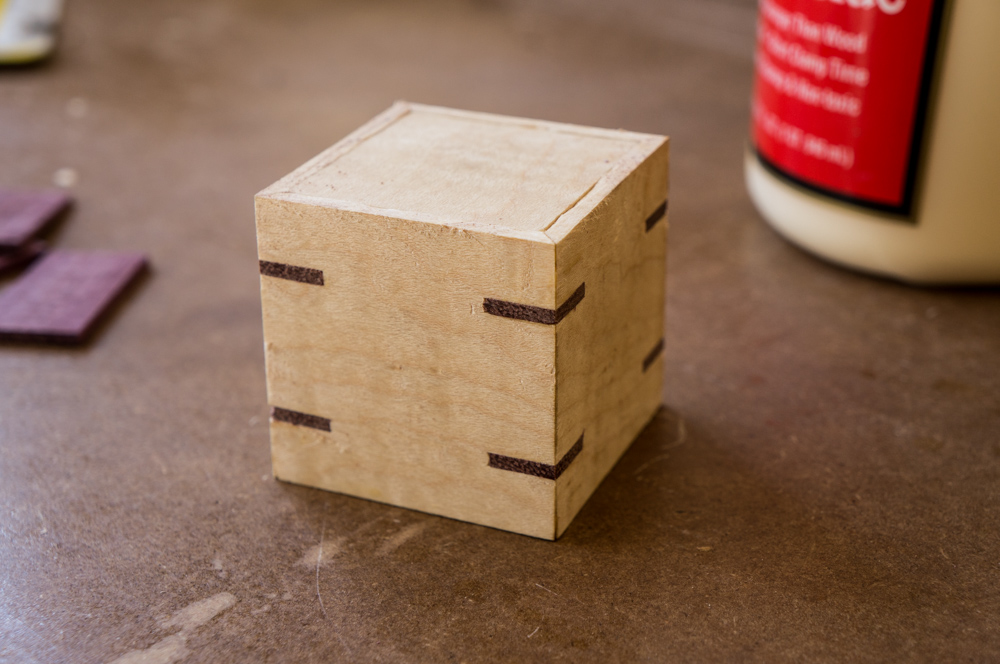 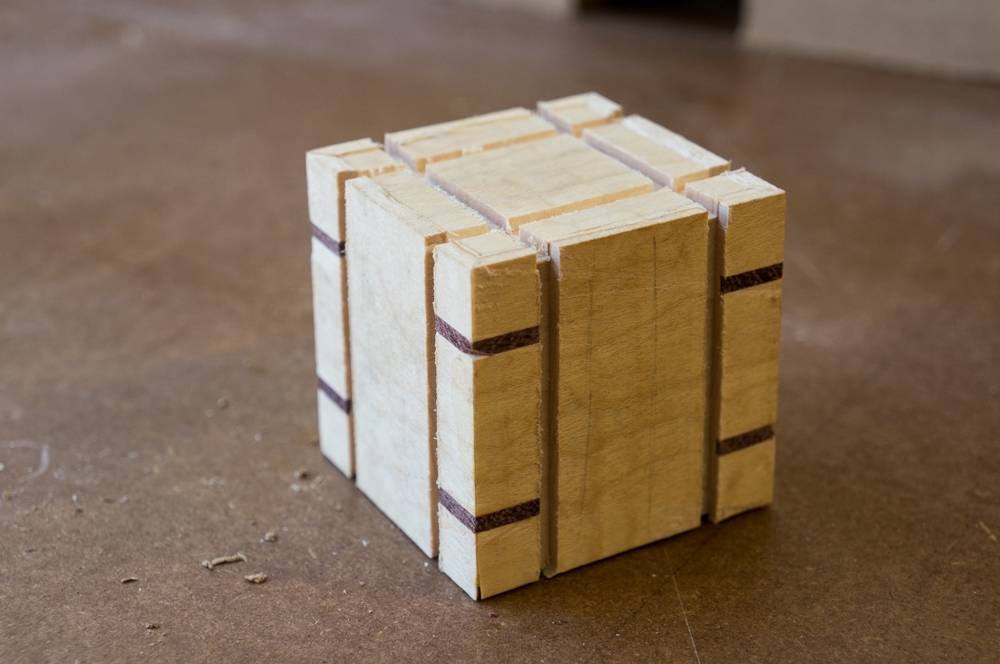 But I wanted this box to be special, so I cut some more grooves on my router. What are these grooves for? You'll see soon… 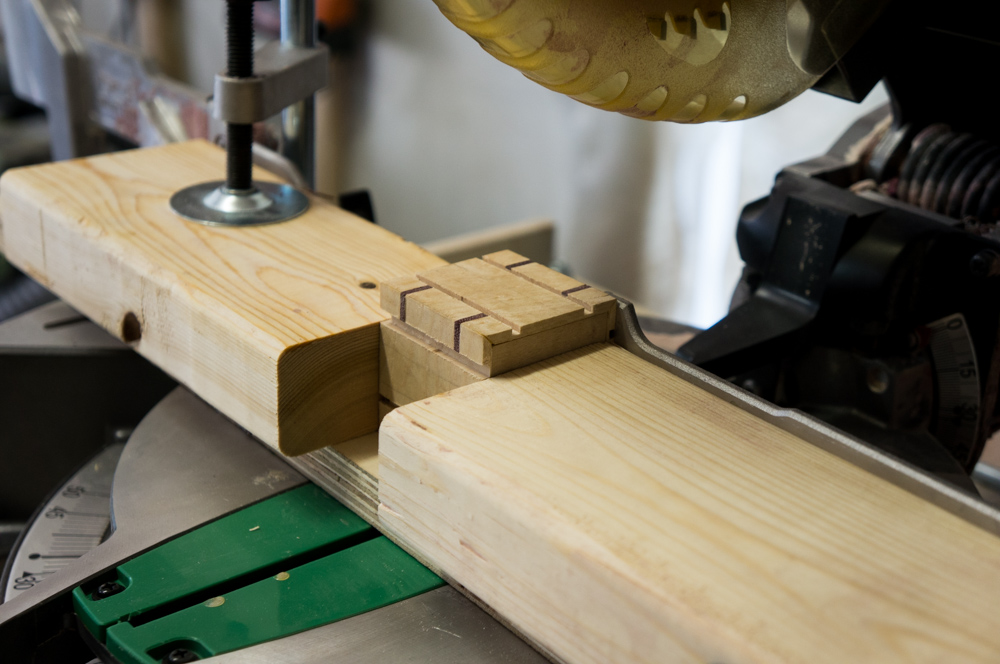 But first, we need to cut the box in half! It's not a very useful box if you can't open it. 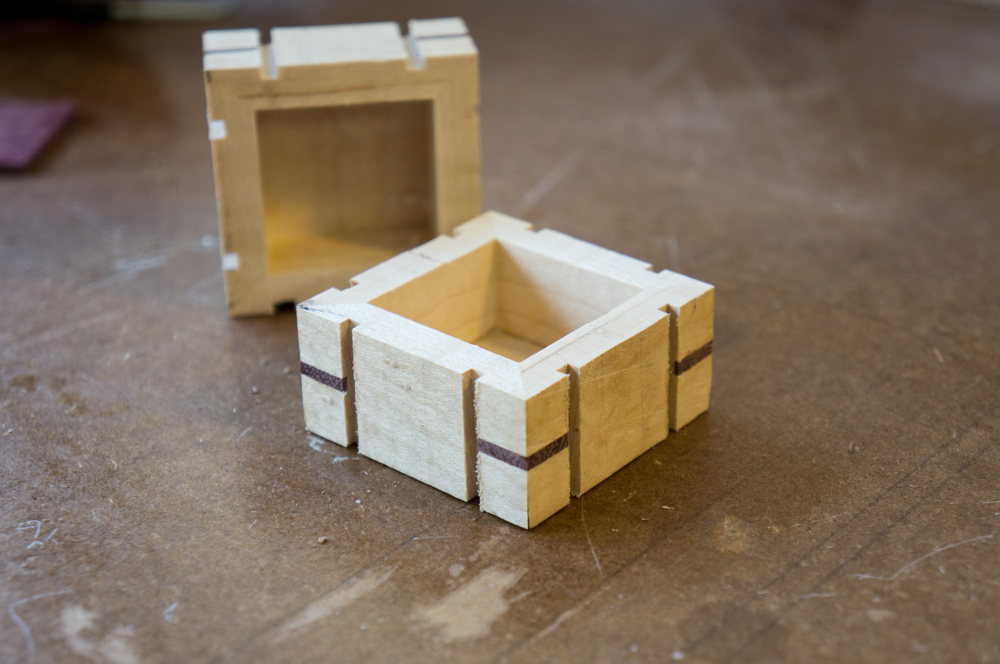 Much more useful. Now about those grooves… 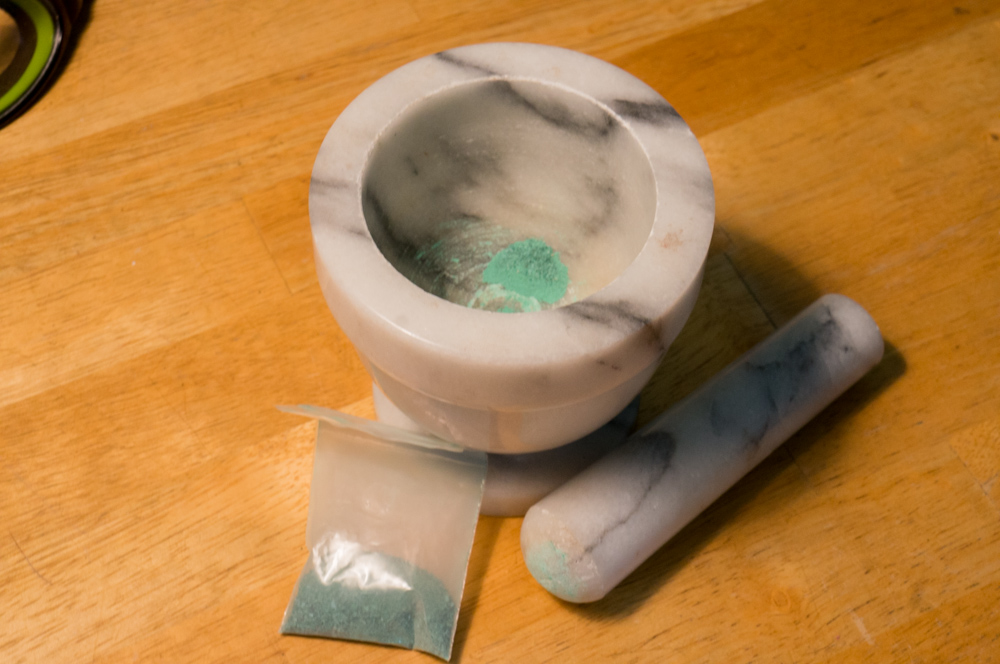 The grooves are to be filled with crushed malachite, a very pretty green stone. The bag contains coarsely crushed stone, and I ground up some finer powder with a mortar/pestle, which will be used for filling in gaps. 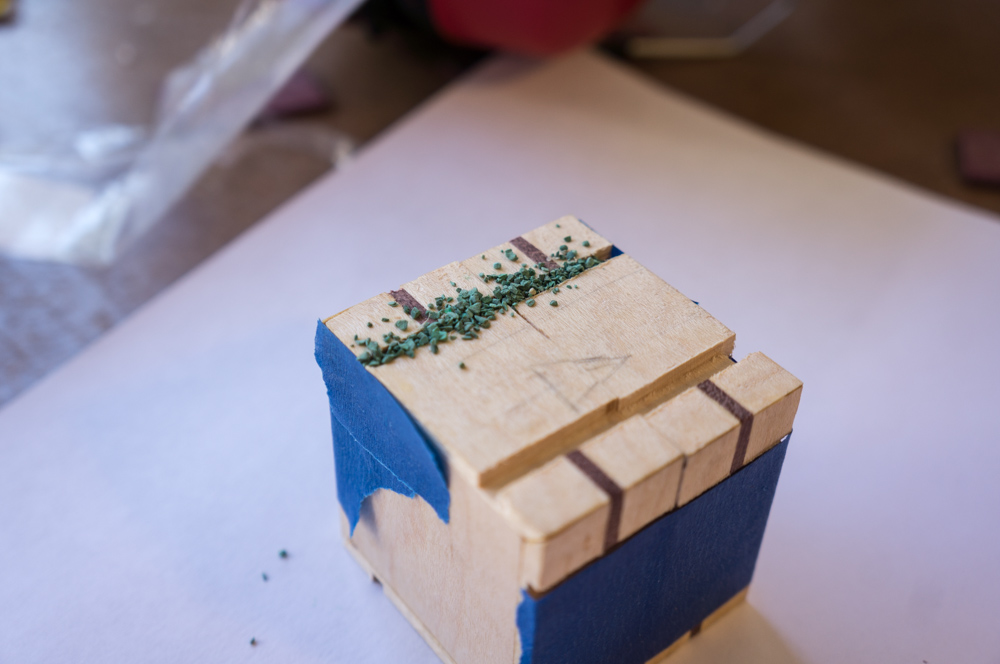 Sprinkle some stone into the gaps, add super glue to keep it in place. 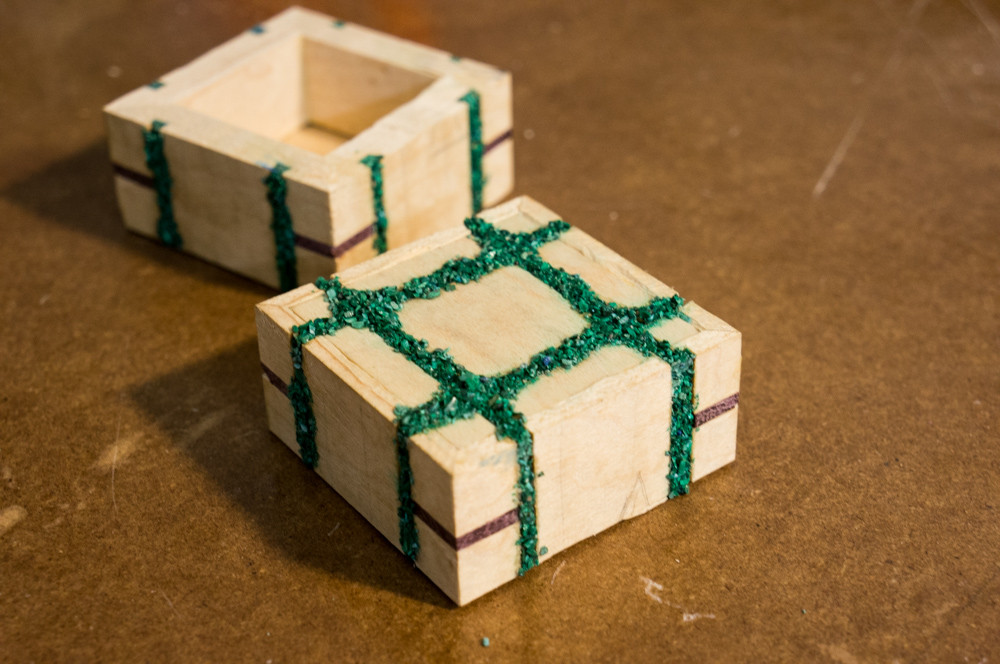 And repeat for all sides. Eventually you have a box that is sprouting malachite moss. Time to break out the sander (and respirator)! 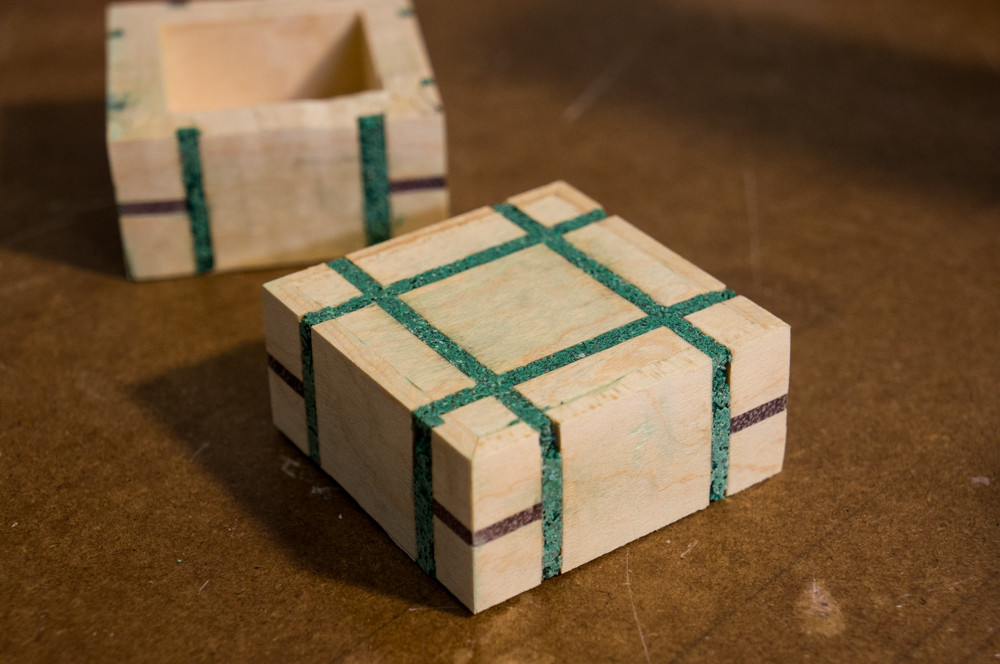 Much better! Sanding malachite really sucks. You have to use very coarse sandpaper, which mars the wood. And it takes 3-4 applications before all the gaps are filled in. Finally you have to sand down to very fine grit (~600), because less fine-grits leave green streaks in the wood pores. 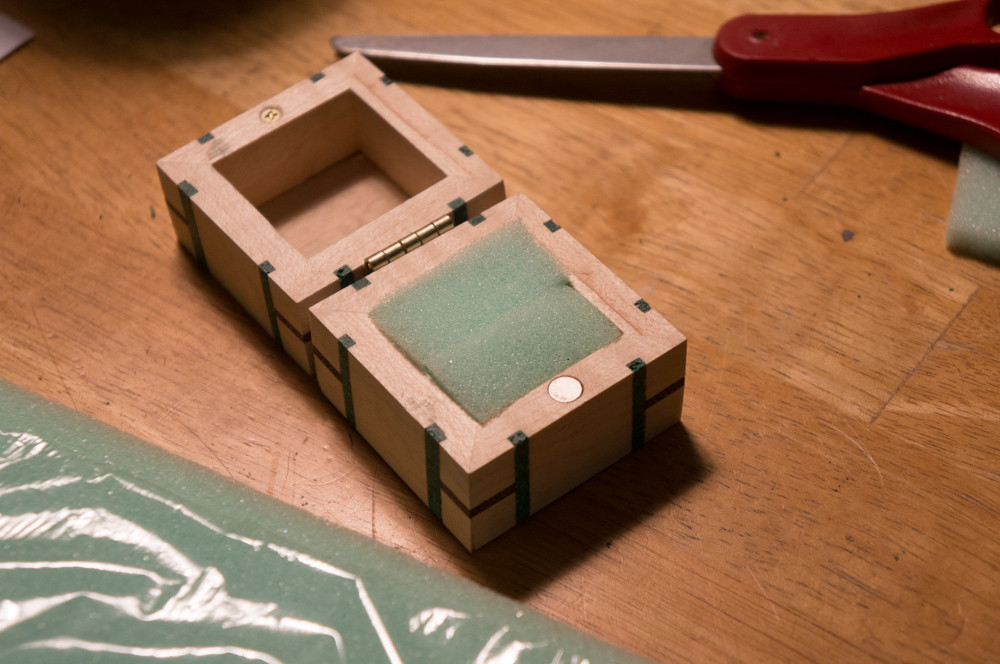 Hinge and neodymium magnet installed (the magnet holds the lid shut). Added some foam as a ring-holder. 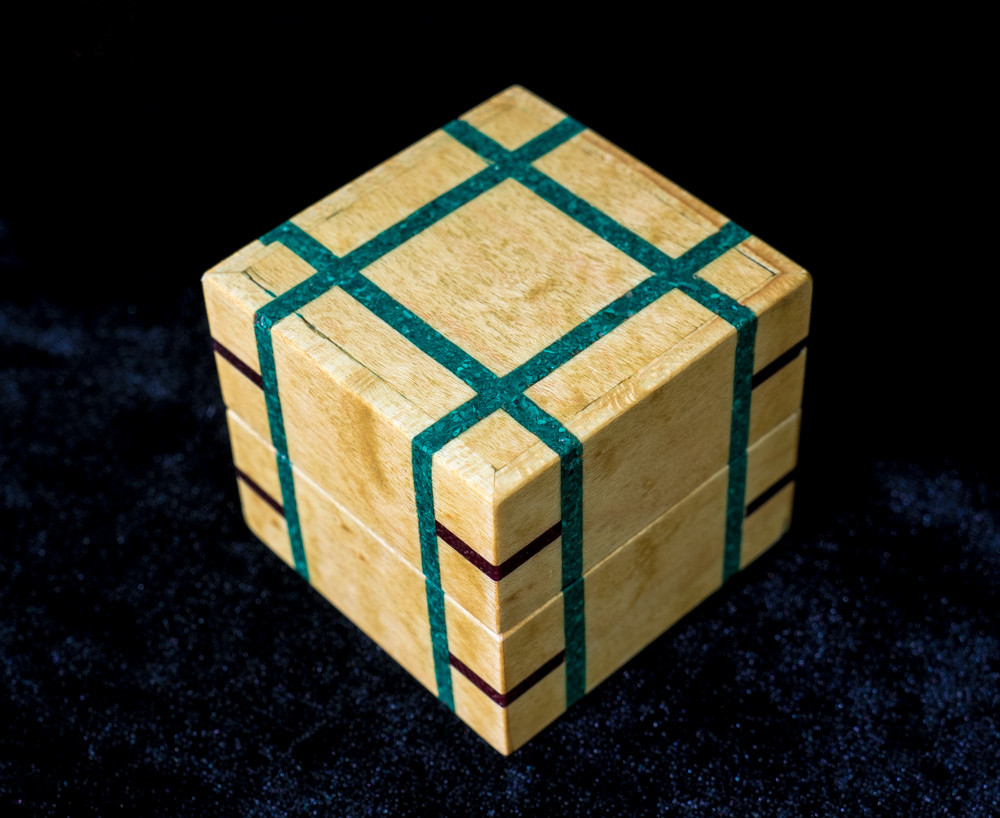 Finished box! The final box was sanded, lightly dyed and then lacquered. The lacquer was then polished with pumice powder and rottenstone, and finally waxed/buffed for a nice finish. It definitely has some ugly-duckling aspects, but it's a lot better than the Christmas gift box! 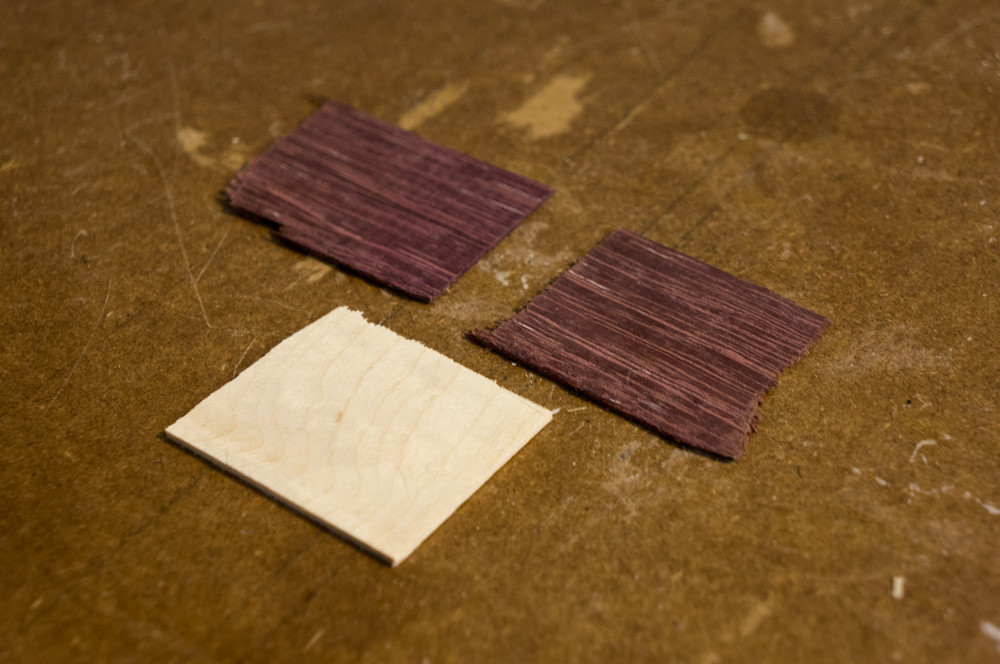 Alas, I don't trust myself to pick out an engagement ring by myself. So I decided to make a placeholder wooden ring to propose with instead. Three thin blanks were cut. They will be stacked and cut to for the ring. 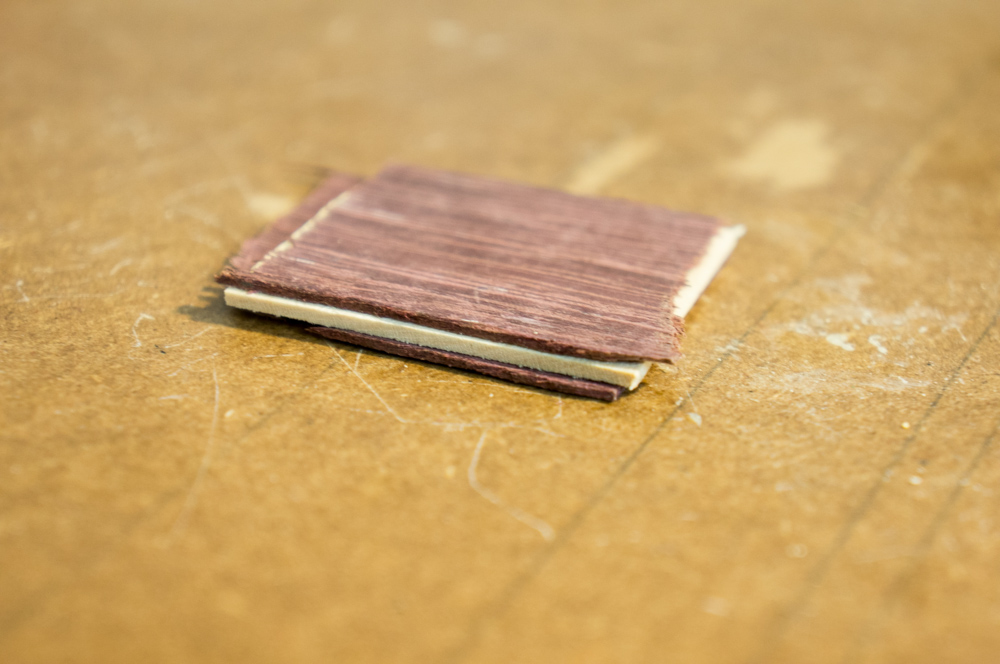 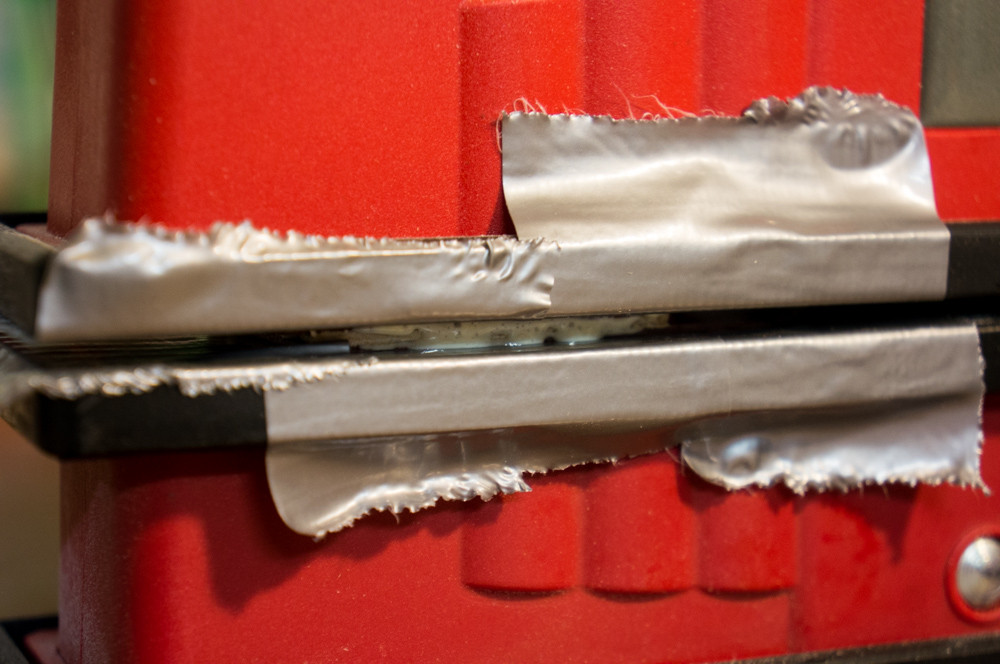 And clamped with the might of a thousand gods 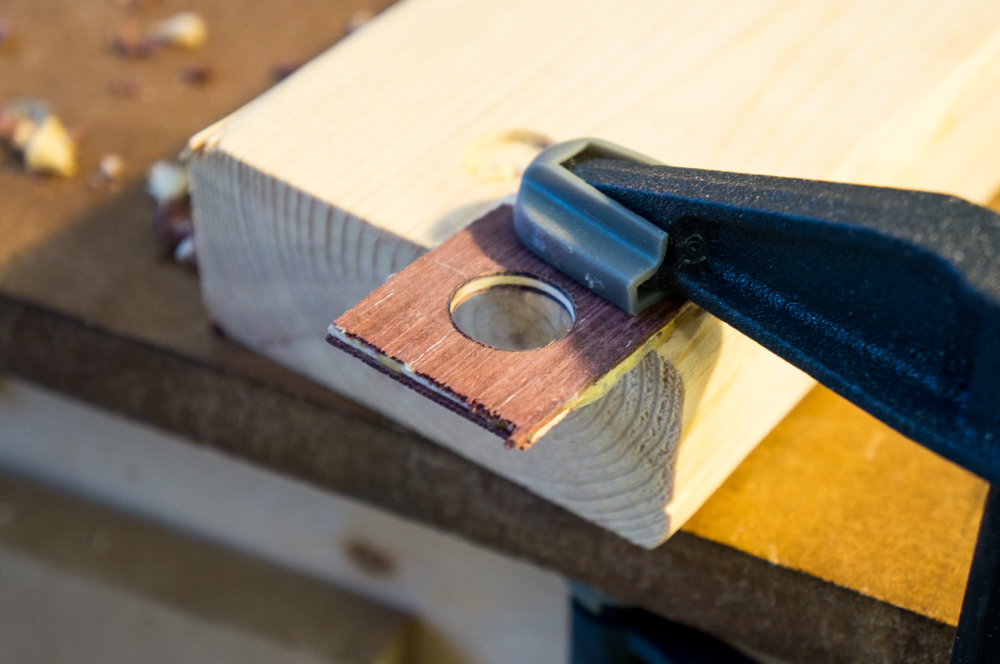 Hole drilled in the center…. 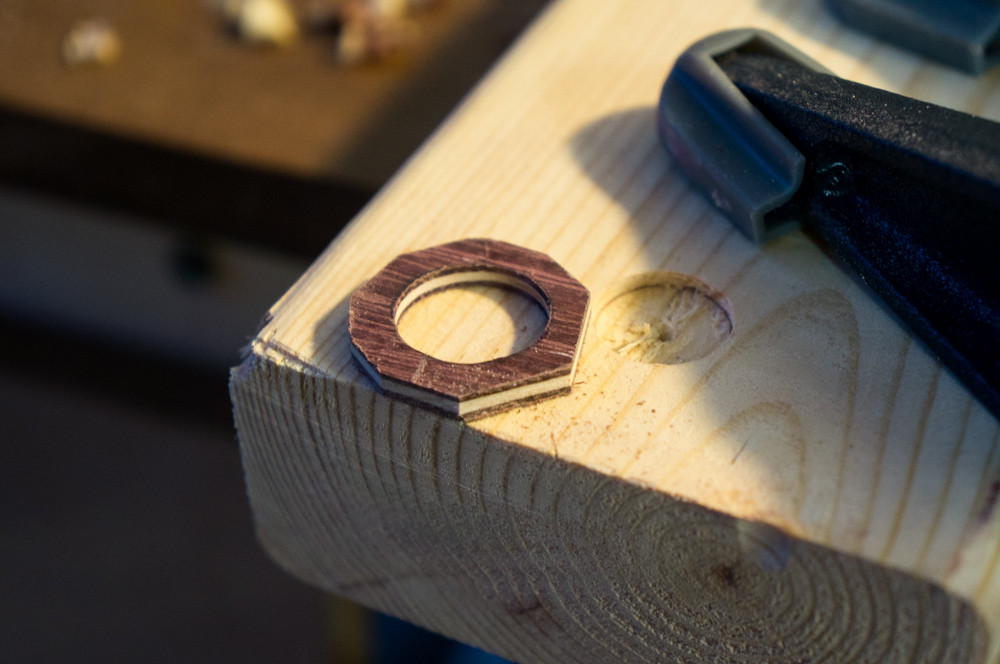 …and edges cut roughly with a dovetail saw. Starting to take shape 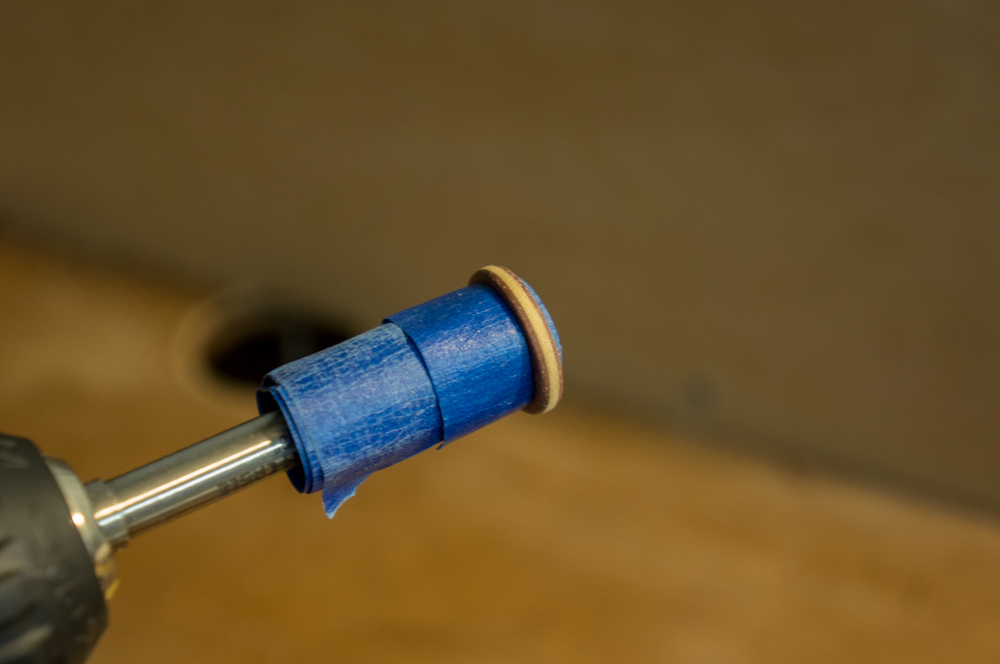 Mounted on a forstner drill bit and spun at high speeds while I applied sandpaper. Basically a poor-man's lathe. 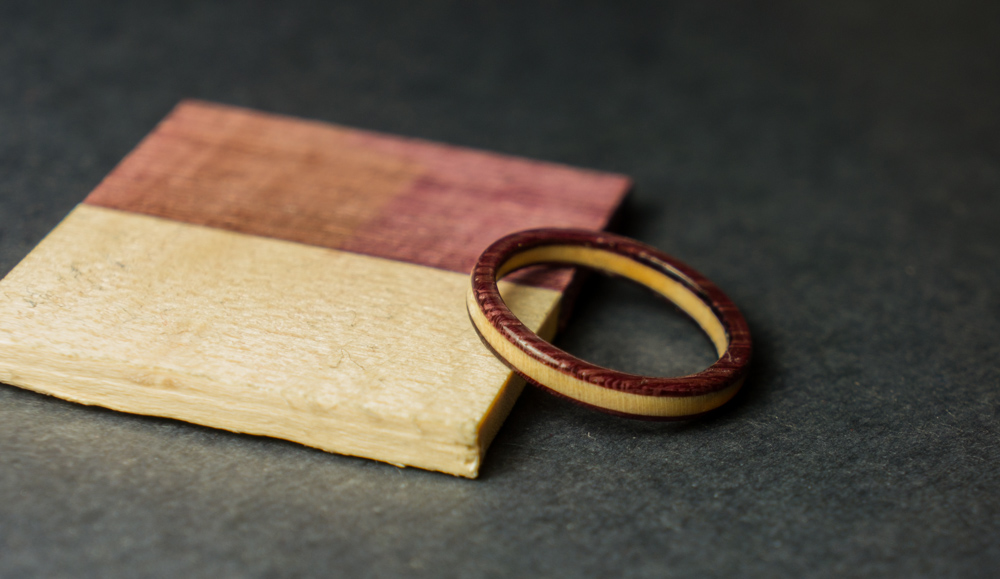 Finally, a ring emerges! Lacquered and waxed like the box. 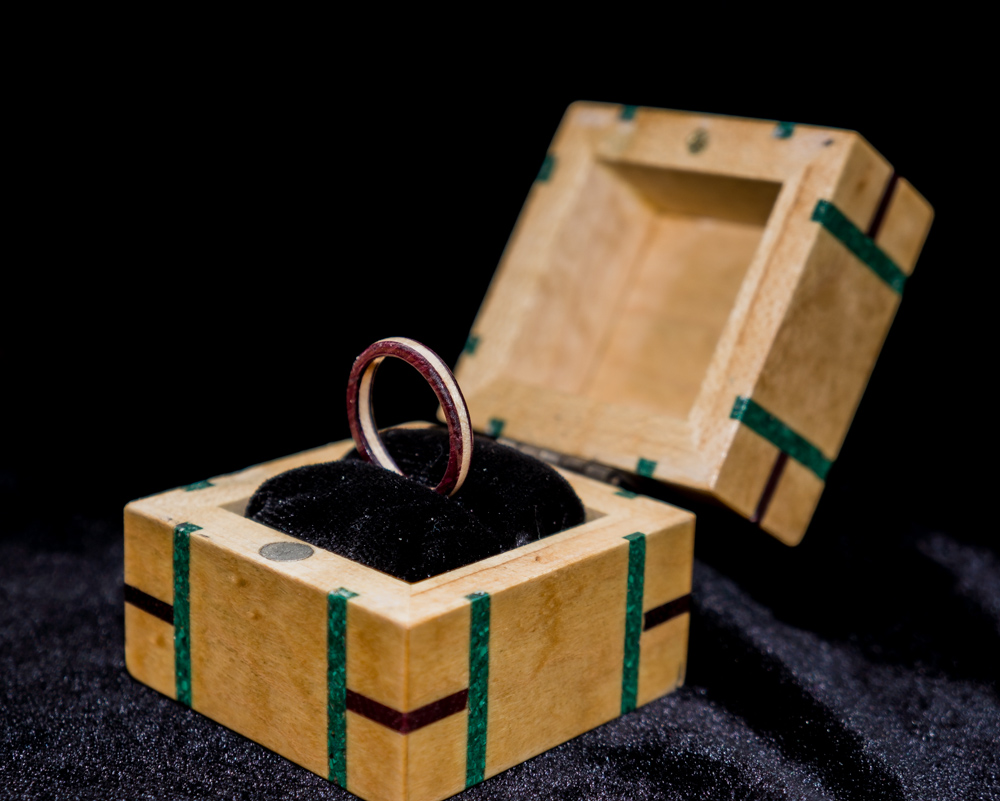 Project complete! The ring sitting inside the box, ready to propose to my girlfriend. But after dating for three years, I wanted to make it extra special 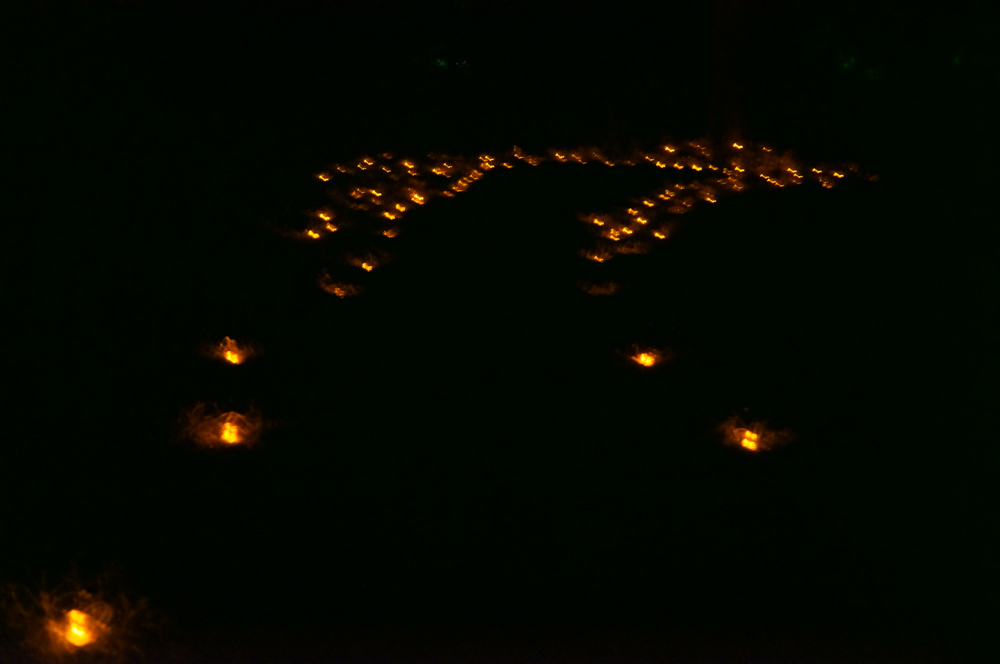 So I arranged around 100 mason jars in a big field. Each jar held a little LED tealight. Once it got dark, I told my girlfriend there was a meteor shower and we should go watch.

She said “no thanks honey, why don't you go without me?” :( To be fair, it was 100% overcast and threatening to rain…you wouldn't have been able to see any meteors even if it was a true story. She looked at me like I was crazy :) Hmm.

Since my first angle failed, I fell back on plan b: I told her that I instead had a surprise for her because I sorta forgot our anniversary a few months earlier (semi-true story). She acquiesced and followed me to the field…after all, who can say no to a surprise?

At the field, it started to rain lightly. I held her hands, gave a sappy little speech and dropped to a knee, proposing with the box I'd spent the last month working on. She said yes! 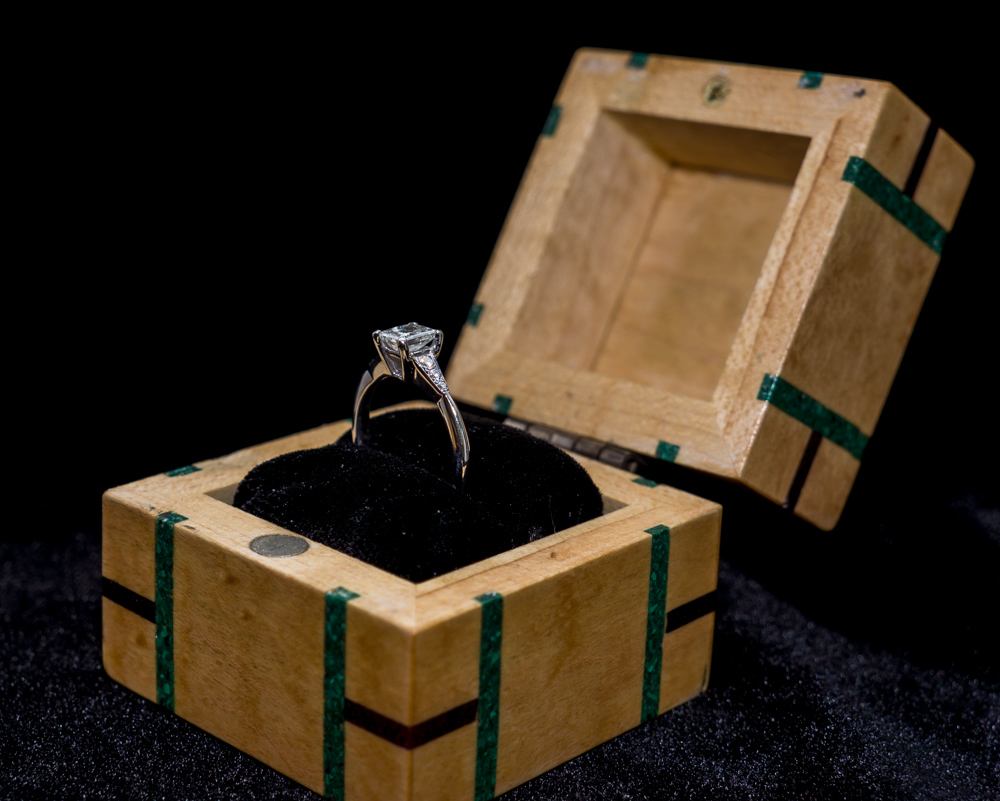 After proposing, we went ring shopping together and picked out a real engagement ring.