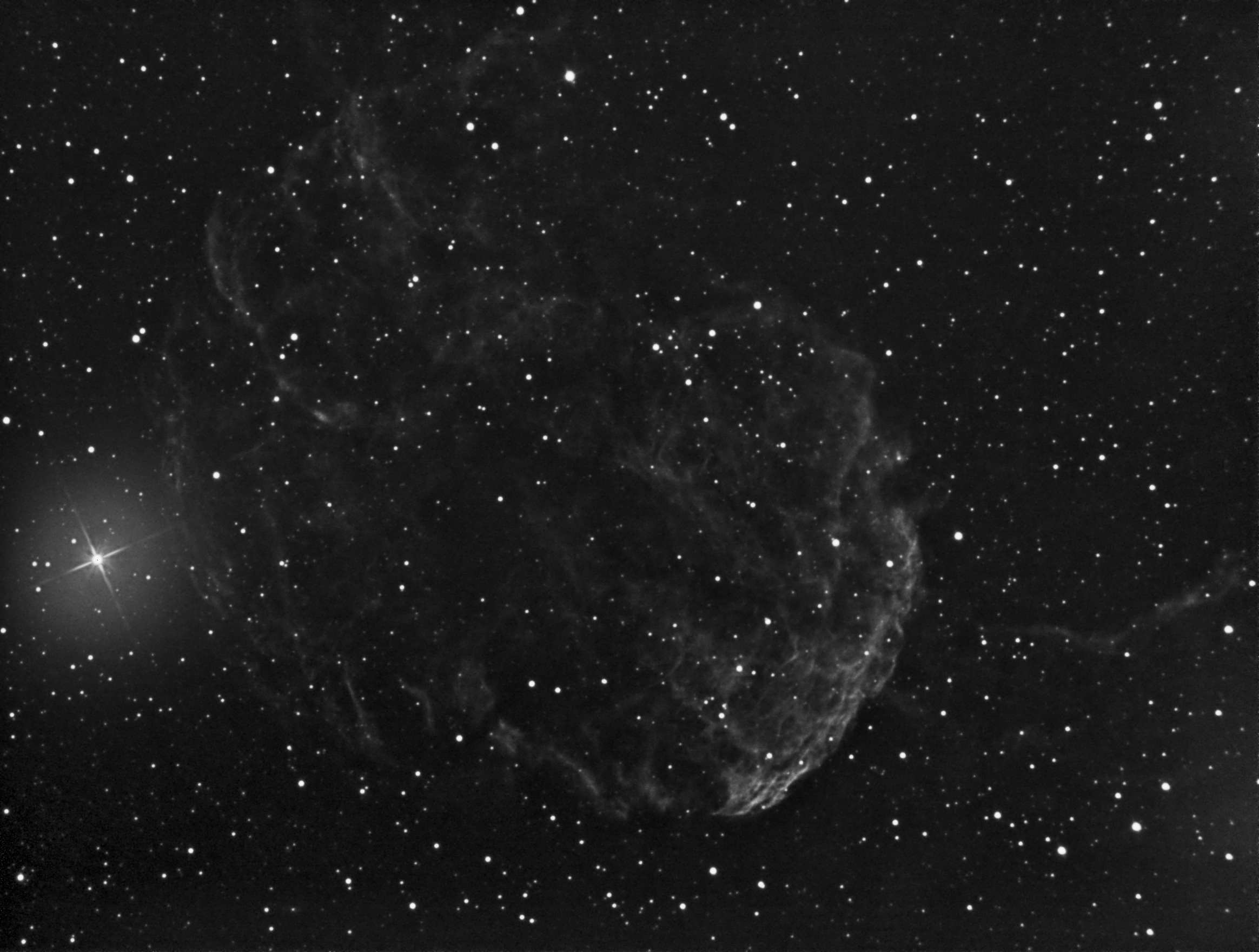 Work in progress, needs many more lights (and other channels). Been fighting my scope and setup, there is a noticeable “hitch” in the RA tracking. I suspect there is something wrong with the gear meshing, and need to tear the mount apart to tune the meshing just to be sure.

You can see the “hitch” really well when recording the PEC:

It's not just a little bump either, it's enough to smear the stars 40-50px in one large drift, which basically ruins that exposure and is too much for guiding to compensate for quickly. Definitely something mechanical :(

There was a thin layer of high clouds causing problems too, but since this is a shakedown run I went ahead and practiced with PI anyway. Started with ~160 images, but pruned down to ~60 after throwing out all the crap (low signal, bad FWHM, eccentricity, etc). I'll probably throw out most of these frames later, since there is noticeable skyfog blooming around Eta Gem