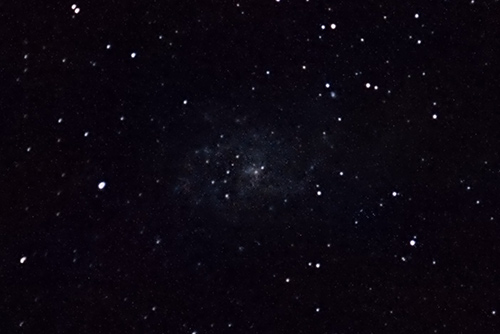 I'm agonizing over a telescope purchase at the moment, so in the mean time, I'm working on automating my setup and using a telephoto lens. I dabbled in astrophotography some last year, but the bitter winter cold kept me from using my mount much.

So this time around, I'm trying it with Ekos and a raspberry pi. The RPi sits outside with the scope and runs the indi server, while I sit inside toasty and warm running the client. At least…in theory. I spent half the night battling the system.

I wasted most of the night fiddling with software, and by time I started imaging a fog was rolling in. Took three hours of exposures: one hour was worthless and another was dodgy at best.