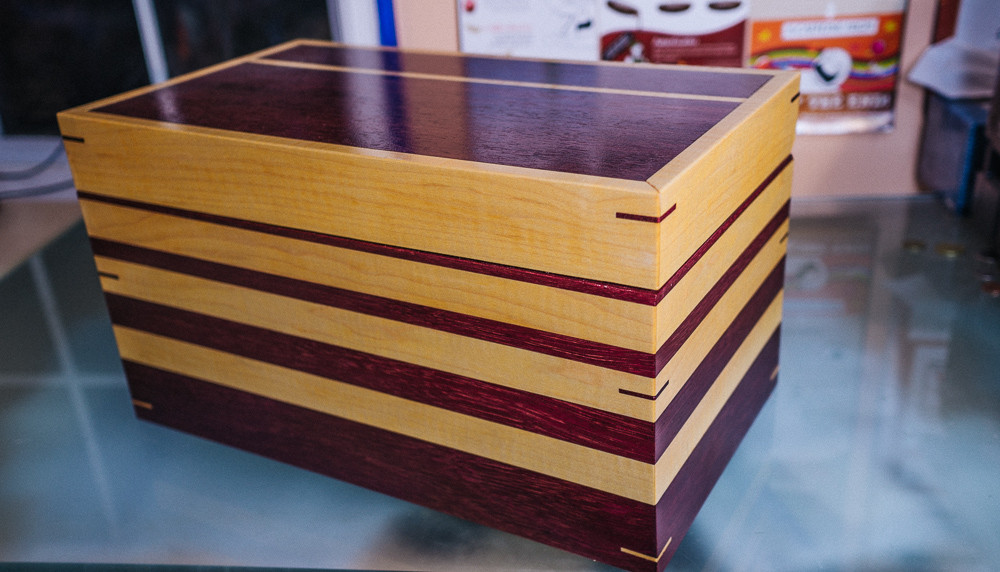 This humidor is made out of purpleheart and curly maple for the exterior, spanish cedar for the interior.

The exterior was finished with a few coats of boiled linseed oil to bring out the figure, followed by a sealer coat of shellac and finally topcoated with acrylic spray lacquer. I was originally going to polish the finish to a high-gloss, but there were enough problems that I decided it wasn't worth the effort. I also discovered that purpleheart has remarkably large pores for such a dense wood.

Instead it was rubbed out with some synthetic steel wool and buffed with Renaissance Wax. Good enough! Currently resting in my room with a few Boveda seasoning packs.

The major problem are the top/bottom panels - they are hardwood. I realized too late that a box this big should have a floating panel (or plywood)…this baby is going to crack eventually! Oh well :( Edit: two year update: slight cracks have developed on the lid surface, but otherwise has held up well and not split yet. Fingers crossed!

My laminated glueups also warped after planing, which made the whole box slightly out of square and hard to get everything to fit well. Also botched the dimensions of the top trays (you can see that they don't rest on their supports in the pictures), so those need to be redone. Took probably about three weeks, working on/off during the week and weekend. 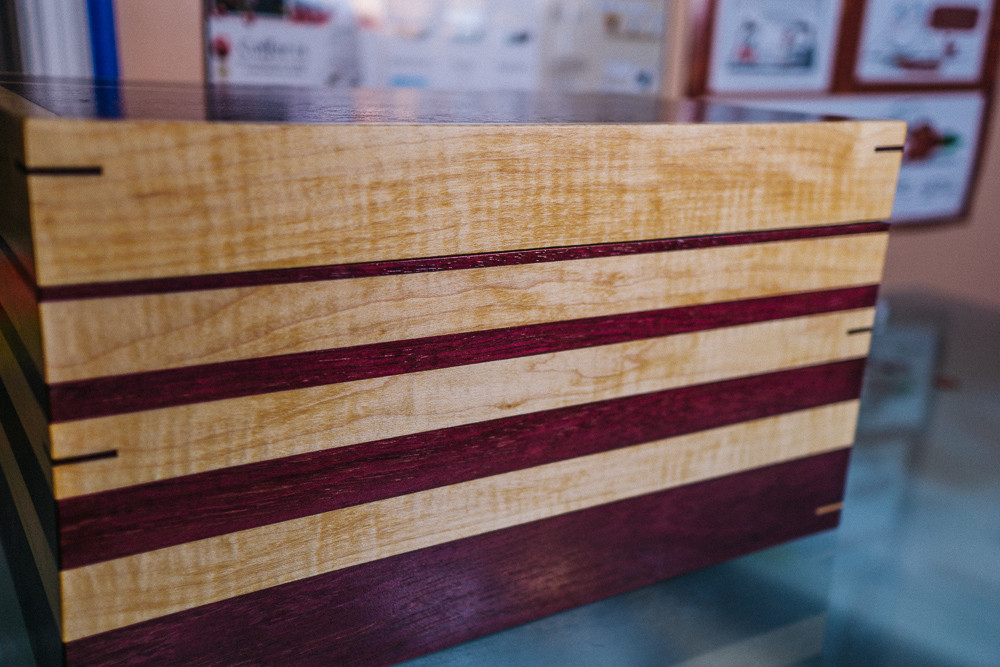 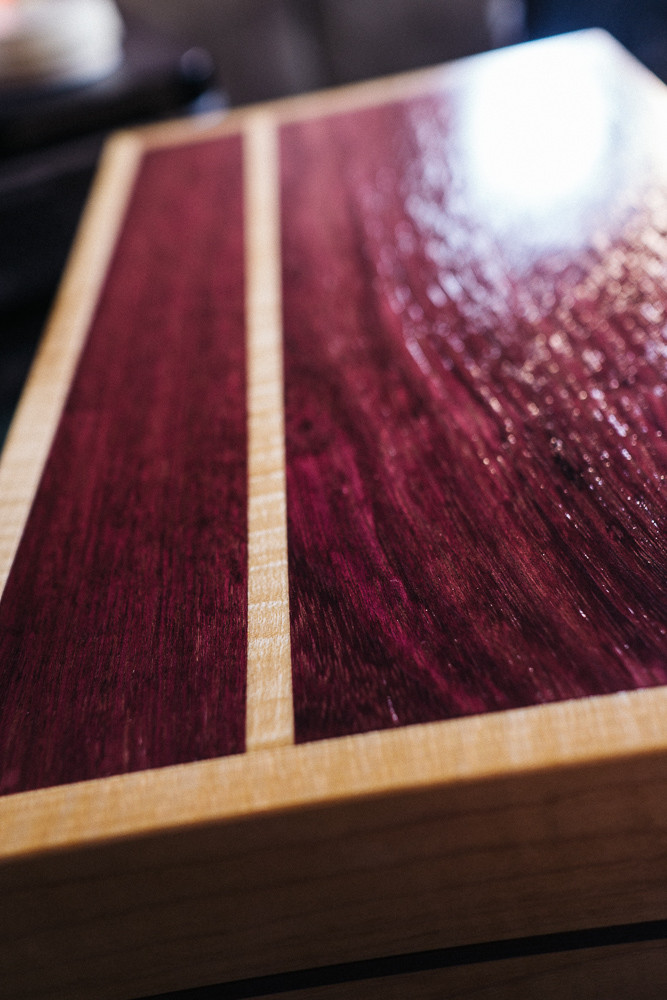 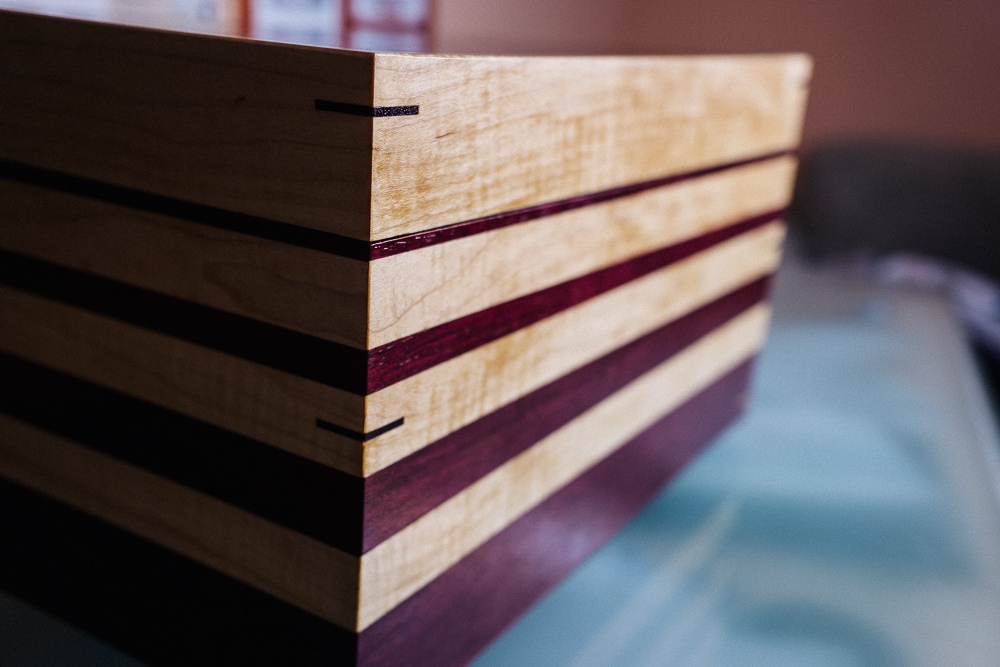 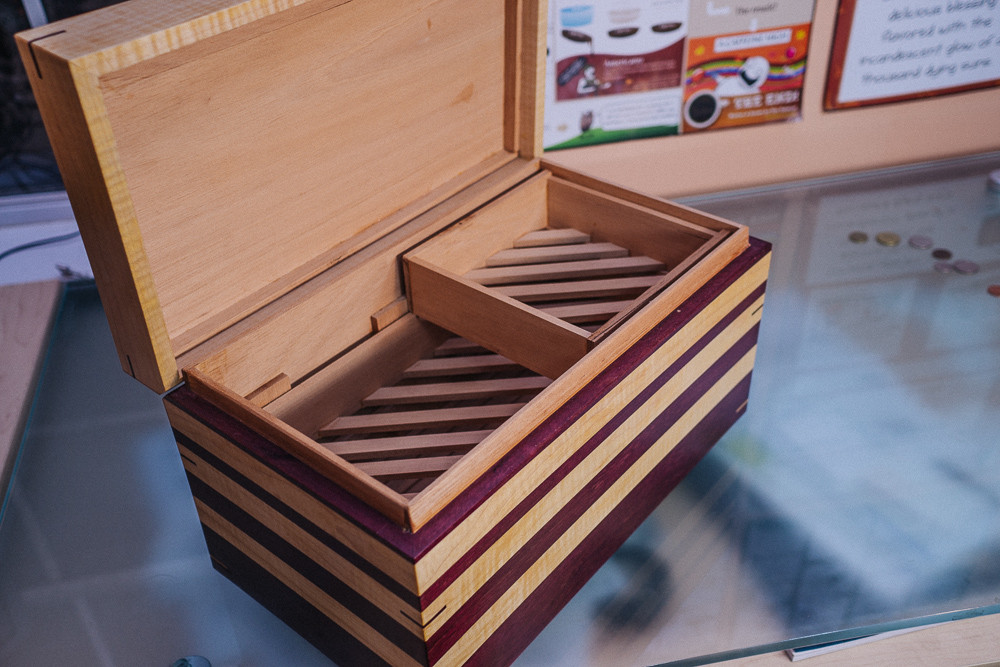 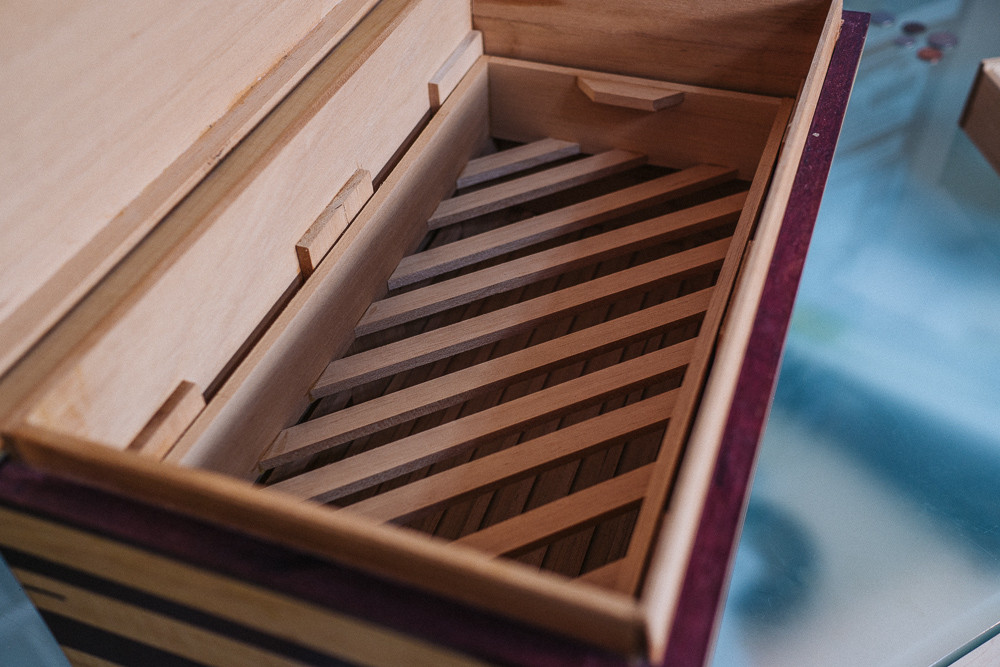 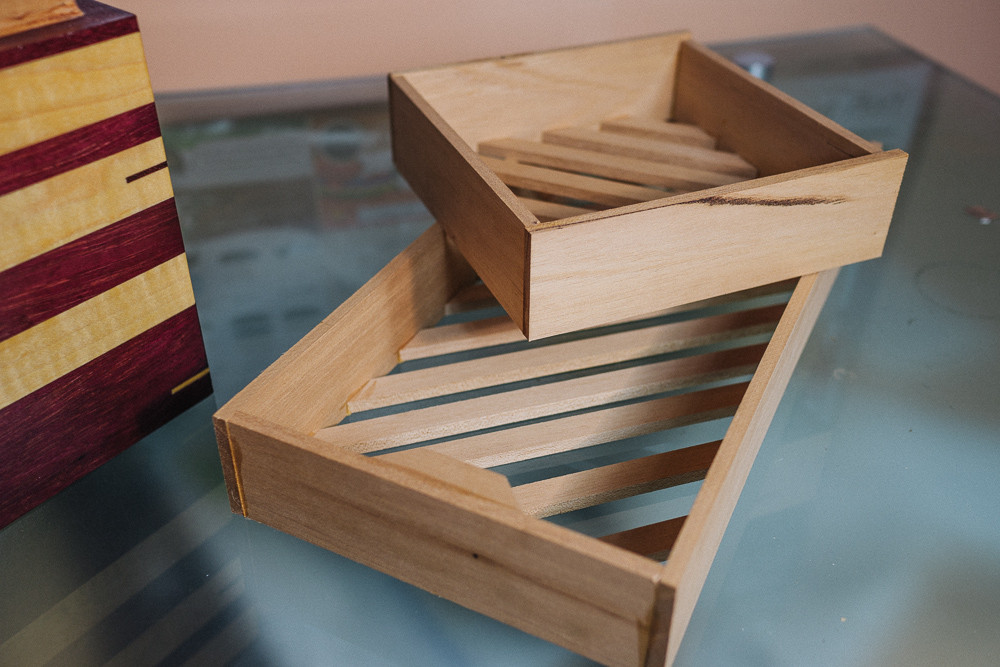