Rescuing a series of forum posts about an old Hive Guard model that I painted, so that I can save it for posterity :)

So I'm starting a Tyranid army and am leaning towards a “realistic” paint scheme, rather than the traditional hyper-neon-fluorsecent GW styles. Something like this: 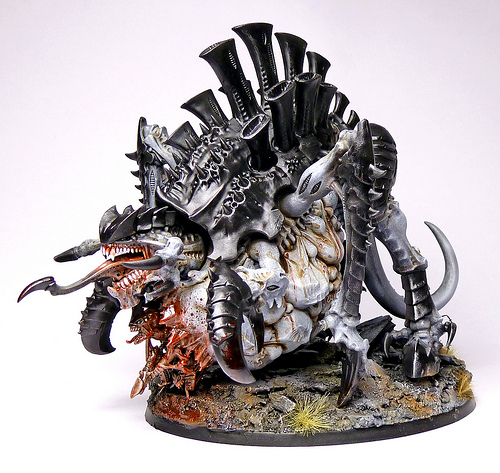 What I don't like about that model is the level of contrast. I really like the sickly grey/white underbelly and blood splatter, but the black sections look too glossy and don't contrast the white enough. Any thoughts on fixing that? Obviously the gloss can be fixed simply by not making it glossy, but Im not sure what to do about the black sections. Maybe black with colored highlights (red or purple)? Different color? I'd like to avoid the traditional khaki brown carapace colors too.

I dunno, I'm just rambling and looking for inspiration

Tangentially related, any other awesome looking Tyranid models out there to use as inspiration? Been trawling the internet for examples but most seem to trend towards fluorescent

First attempt at a color scheme for my new Tyranids. Just a lowly termigant, but I tried my best so that I could see what bigger models would look like. Still working out paint consistency kinks - discovered that my wet palette dilutes paint over time. Obvious in retrospect, but caught me by surprise.

All in all, fairly happy with how it turned out especially since I haven't painted anything in nearly a decade. Really don't like the light-blue blobs on the carapace though… they look like shit in my opinion. Not enough space to work and I rushed it. Oh well.

Not entirely sure I want to paint an entire army with white as the main color…that may just be setting myself up for pain, misery and regret. 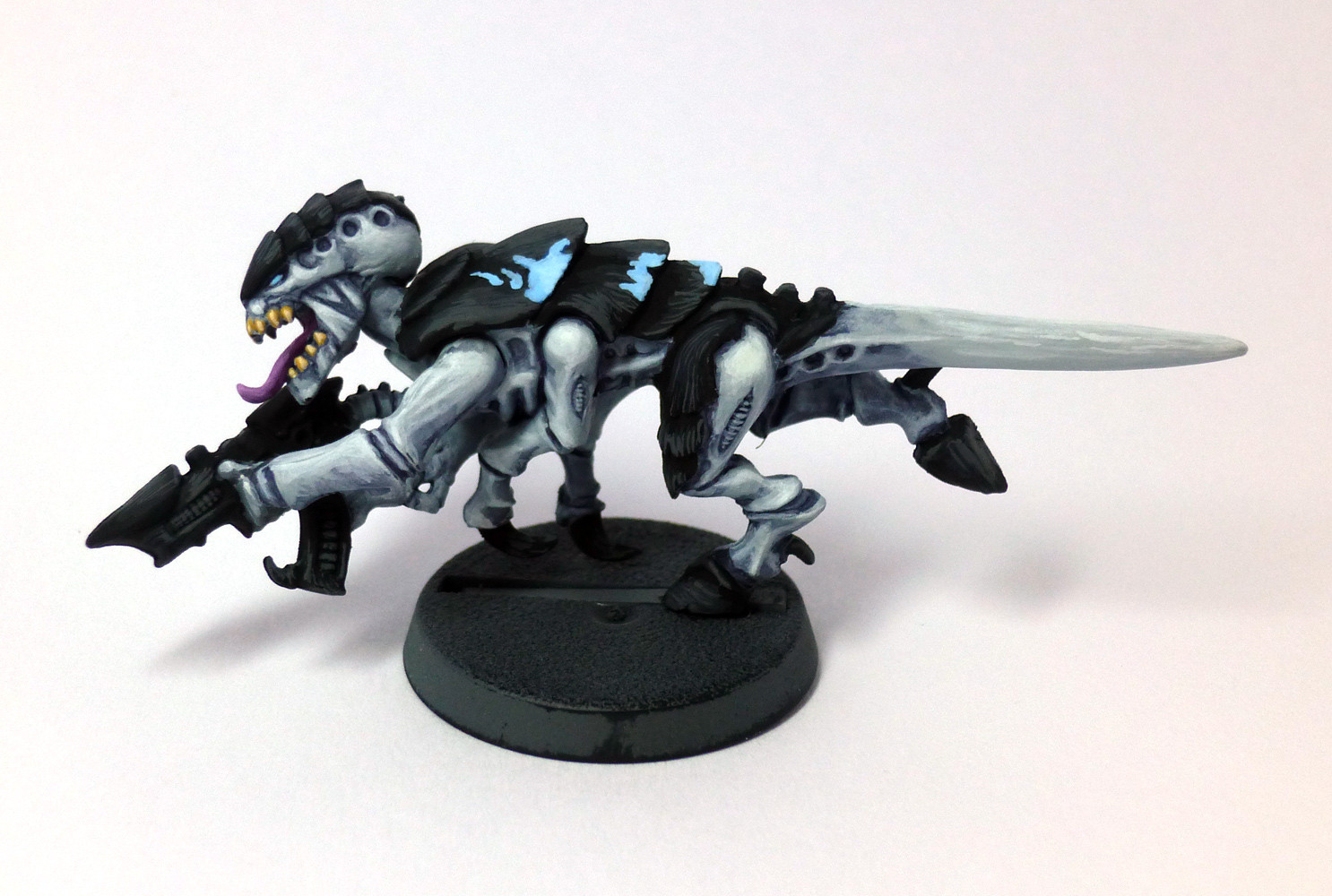 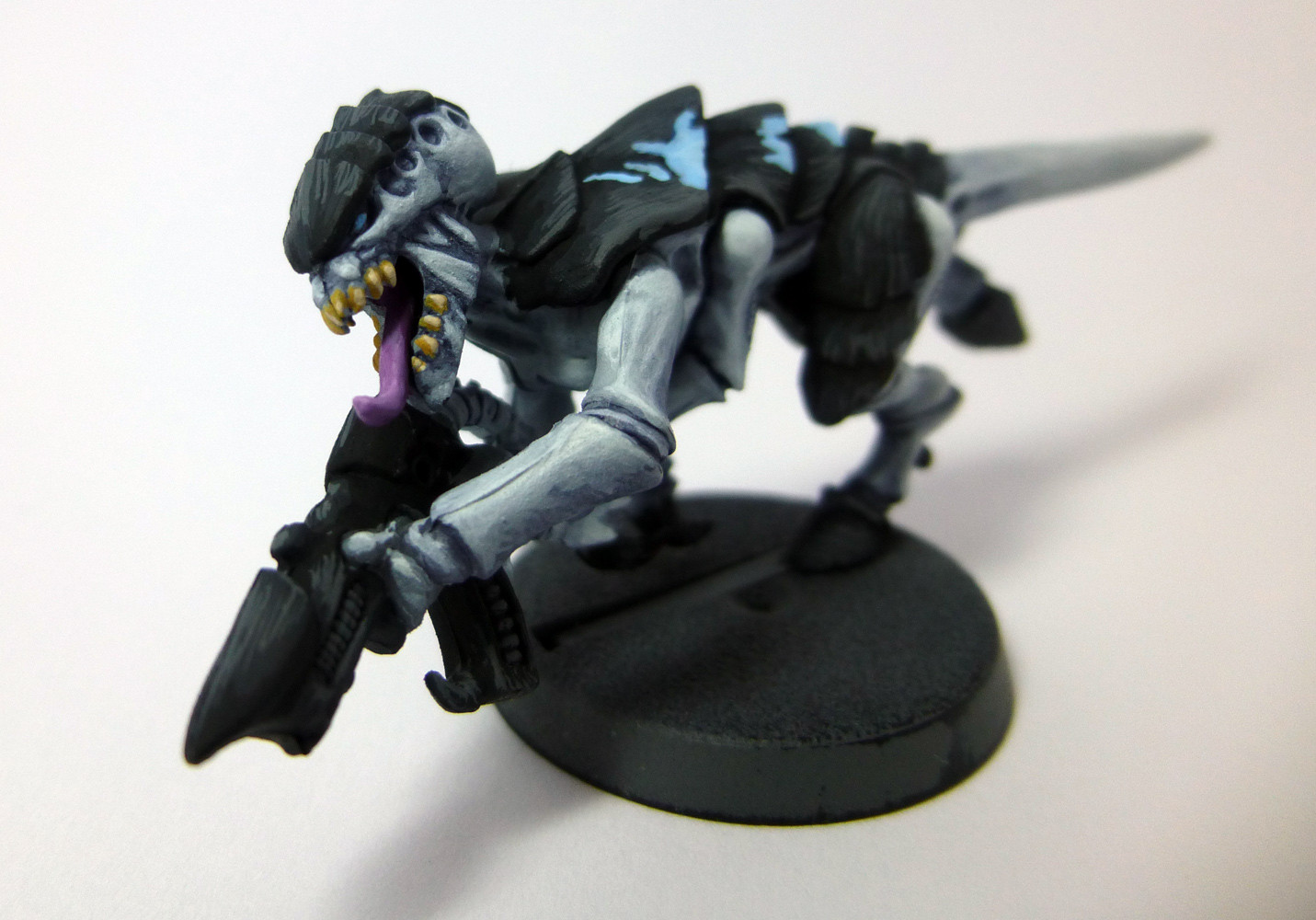 (Mould lines? Who cleans those anyway?) 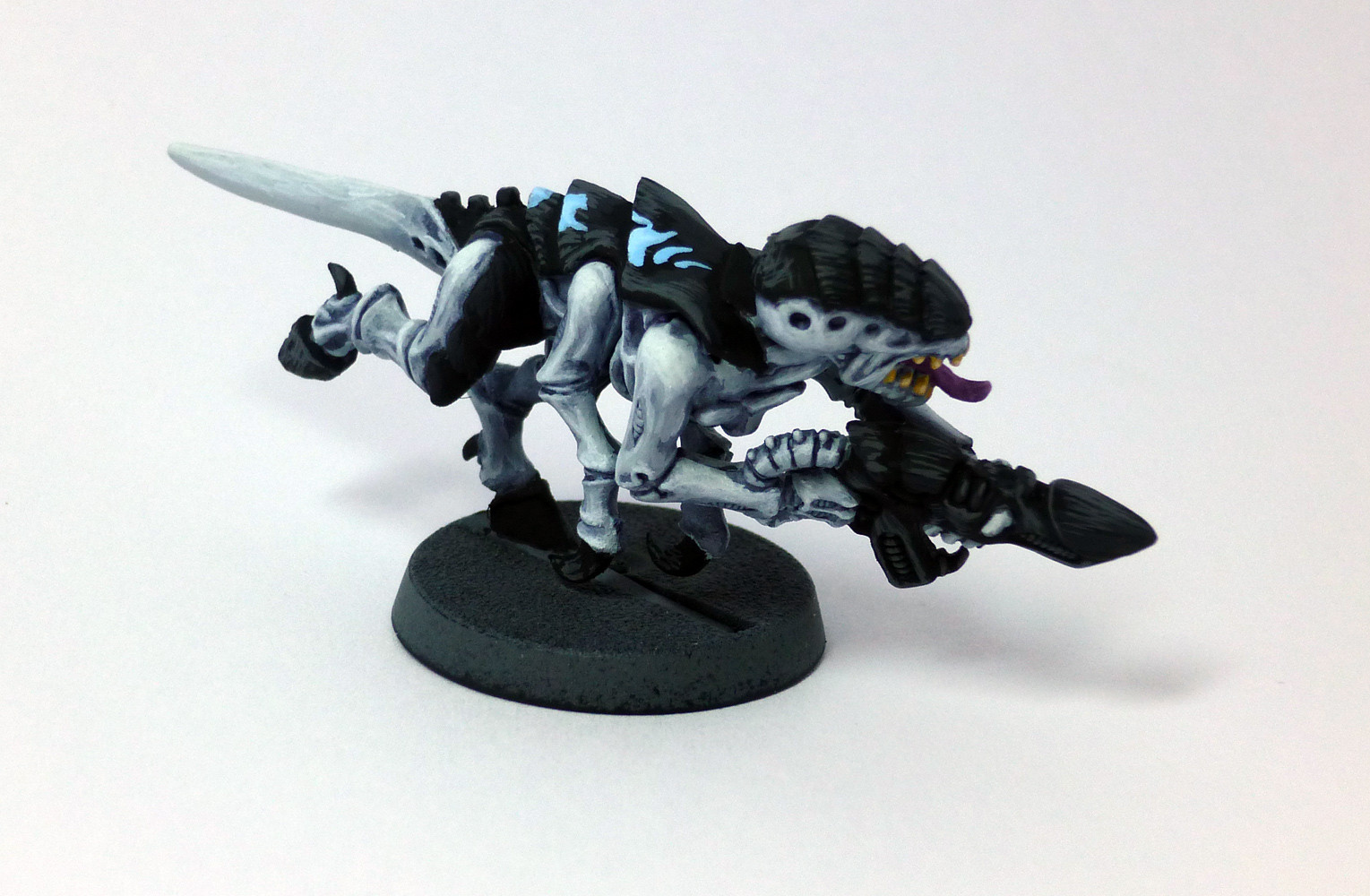 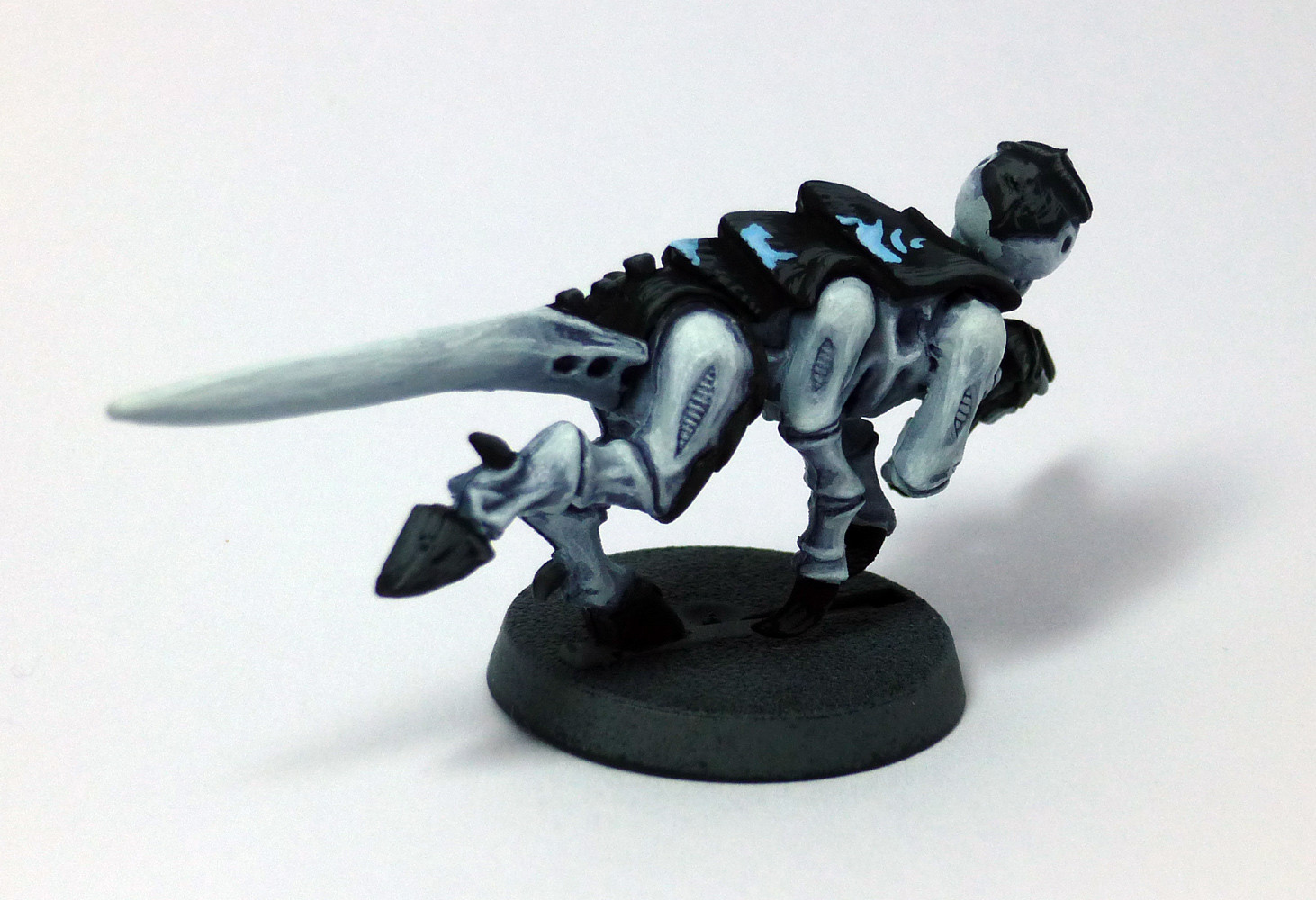 Beep boop, more color scheme tests. Not really happy with this set of colors. I wanted the skin to be more of a deep purple, and wanted the carapace to be more “desaturated yellow” rather than “earth brown”. His yellow booties look ridiculous too. Oh well.

Also discovered just how hard it is to take proper, representative photos. Between focus, proper lighting and not washing out colors, its really hard! 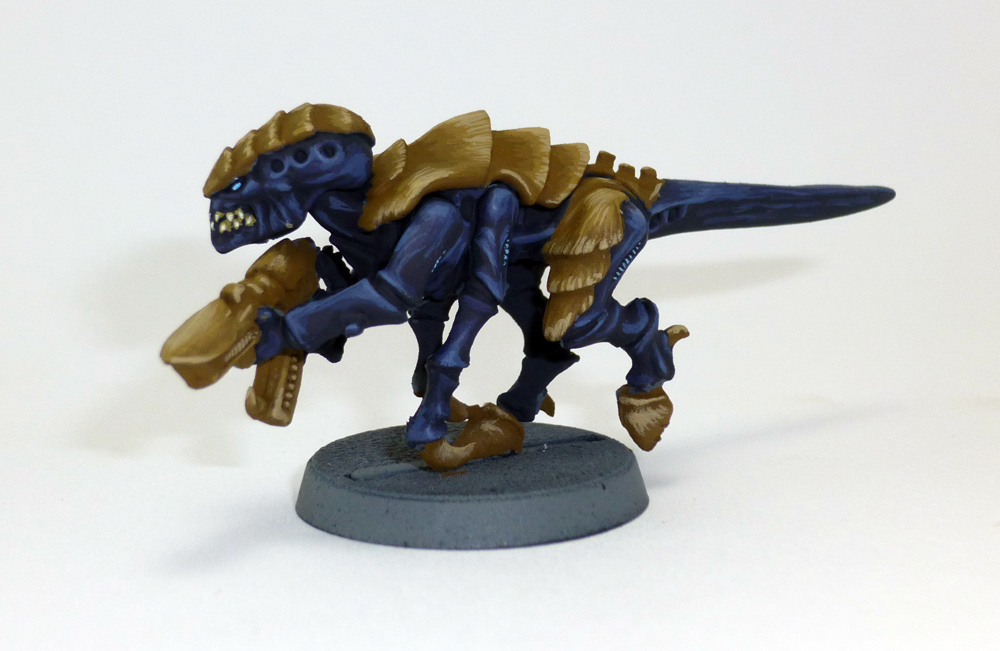 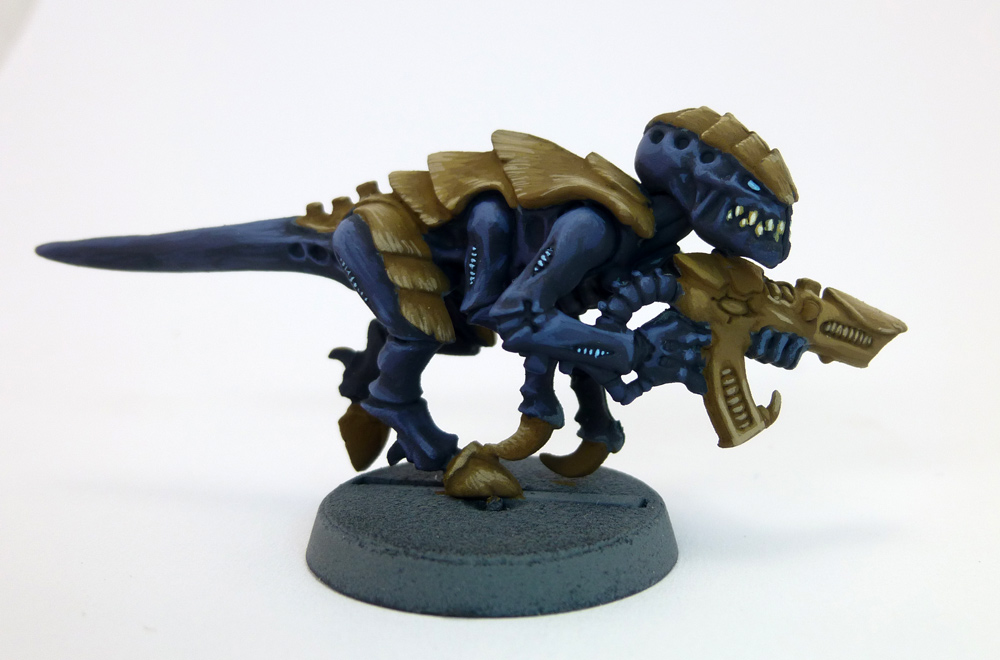 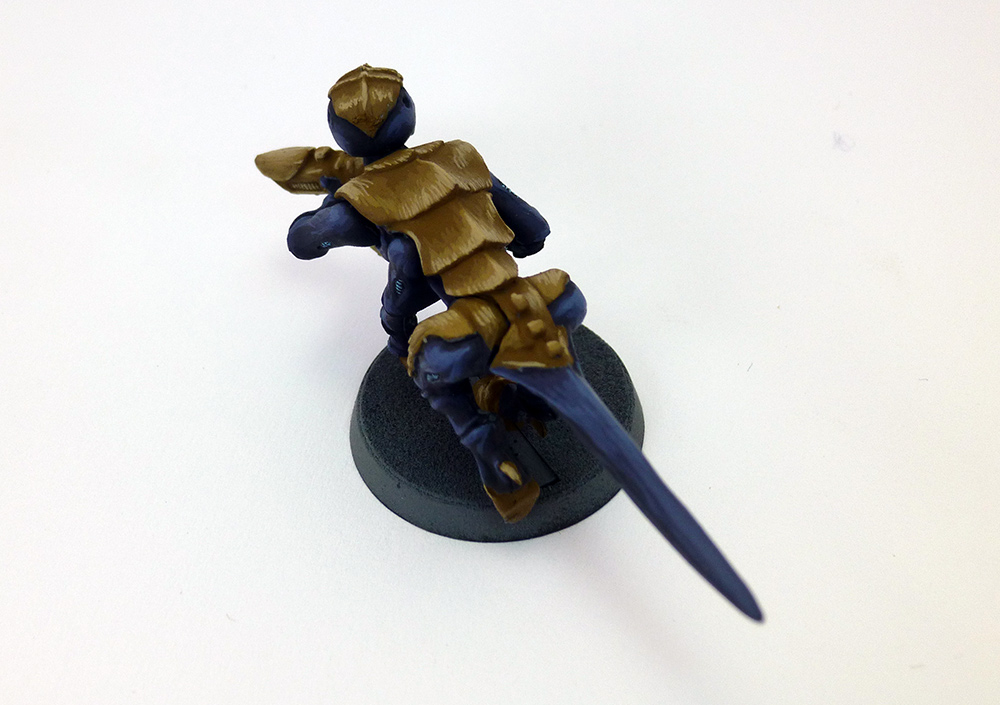